When two strange men knock on your door, you probably don’t expect them to be X-Men.

But this was what happened to finalist Christina Head while she was drying her hair last Tuesday morning.

The men borrowed her room in Hertford college to store electrical equipment while a team of 200 people filmed scenes from the new X-men: First Class  film outside for two days.

James McAvoy, who will play a young Xavier in the prequel, set a–flutter the hearts of a steady stream of onlookers.

McAvoy was not the only one causing a stir, as the crew blocked off Catte Street on Tuesday and Wednesday, and held up traffic on St. Aldates on Thursday.

Filming continued until 2am on Wednesday. A remote controlled crane lifted an enormous light structure 100 feet into the air to give the effect of moonlight, as actors dressed in tweed walked and cycled up and down Catte Street.

After setting up for three weeks, filming for two days, and spending around £200,000, Hood said that this would produce only a few minutes of useable footage.

They may have to return to Oxford for re-shooting due to the rain affecting two shots last week.

The plot of X Men: First Class takes place before the three previous films.  The scenes shot in Oxford will include Xavier getting doctorates in theology and philosophy from Oxford University in the 1960s, his manipulation of student uprisings using his psychic powers, and the way he meets best friend turned arch rival Magneto.

Although Hood said that the setting will be identified as Oxford, do not expect to recognise it. One of the scenes is shot outside a fictional pub. Look out for Christina Head’s college bedroom, the electrical storeroom, above “The Eagle”.

In the meantime life is now back to normal for Head, although she did gain twenty pounds out of the $120m film budget for her trouble.

“Equality and diversity are not academic values” 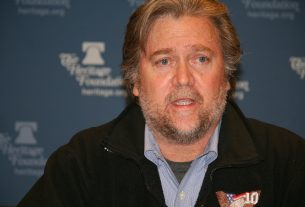