Ollie Steadman, bassist of Stornoway, is enjoying a quick and well-deserved breather after a manic summer of festivals and touring: “Everything’s winding down now”, he says, in tones of relief, “Our singer’s baby is due in a week.” It’s been quite a year for the Oxford four-piece, whose founding members met during Fresher’s Week in 2005. Steadman’s rather creative fib that he was at Magdalen – when in fact he was at Magdalen College School – soon got he and younger brother Rob on board. The band’s debut album Beachcomber’s Windowsill, full of lovely, folksy melodies, has been widely celebrated – and deservedly so – by the national press.

Steadman has been particularly busy, balancing his Chemistry degree at Warwick  (“a back-up plan”) with Stornoway’s burgeoning success. His professors didn’t know about the band until his final day. While the rest of us might have been inclined to milk the situation for the odd essay extension, Steadman was conscious that not all of his tutors would have been impressed – there were “some really uppity, obsessive chemists”.

He certainly didn’t have a typical student experience, and observes that “sometimes it felt like I was never at Uni…it was like leading a double life”. He doesn’t sound too wistful though: “the busier you are, the more creative you are”.

Steadman has nothing but enthusiasm for playing abroad: fans “seem a lot more friendly and energetic…perhaps because they know they’ll probably just get the one chance to see us.” A highlight of the summer was playing some gigs in New York, in July – “some people had driven for five hours to see us”, he remembers with an air of bewilderment.

He also notes that many audiences recognised material ahead of its official release, but he and the band were touched rather than troubled. “There was some leaking on the internet, but that doesn’t really bother me…it’s the way forward, that recorded music should be given out for free.” Steadman is irritated by the fortunes that “people like Justin Bieber and Jason Derulo” are pocketing: “they’re auto-tuned to the point of being robots”. In his view, a band’s reputation should be based upon their live performances; fortunately, this is an area in which Stornoway excel.

The band’s loyal fan base in Oxford have not been forgotten: “when we come back we feel like it’s a homecoming”. Stornoway have played in venues all over the city, from the Sheldonian (with orchestral backing, no less) to a deserted doll’s museum on Iffley Road. The latter, an intimate gig and “a very happy experience”, took place this June. Steadman is no admirer of Cowley Road’s wannabe-trendy 02 Academy – “I really hate it as a venue to be honest…overpriced beer” – but has fond memories of The Cellar.

The band are, Steadman says, “absolutely indebted” to the Oxford music scene – he remembers it as “a very organic, supportive” place to start out. He still takes an active interest in Oxford bands, counting The Epstein and Family Machine as friends. However, there has been some “chippiness and aggression” along the way – mainly from the “heavy metal and electronica bands…if a band leaves and succeeds, there’s always going to be some jealousy and resentment”. If this provokes your anxiety for Stornoway, what with their penchant for knitted jumpers and plethora of science degrees, rest assured: “we give as good as we get”.

Next year looks set to be just as eventful as this one. Potential collaborators include Ellie Goulding (“she came and introduced herself”), and maybe even the king of the didgeridoo himself, Rolf Harris – though this could be a case of wishful thinking on the band’s part (“we managed to get a photo with him at Bestival!”). Whether or not a record with Rolf materializes – and Rolf, if you’re reading this, please make it happen – the spotlight on Stornoway is unlikely to dim.

What’s the point of concert films? 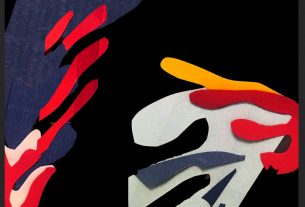