Owen Jones, who graduated from University College in 2005, branded the University a “training ground for the next generation of the Establishment” that “reeks of a public school ethos.”

He wrote: “The idea of having two reigning monarchs of the university system, whose students are automatically regarded as being of a better quality than anywhere else, is completely anachronistic and has to go. Despite repeated – and noble – attempts, both universities remain the preserve of the wealthy and the privileged…what we could call the ‘Oxbridge system’ has to go.”

Jones’s article promptly became an internet sensation and triggered a largely negative response from Oxford students, who flocked to the website to express their disdain.

One 1st year English student said: “Gloriously unthought [sic] out in every respect! Obviously the gowns and suchlike [are] clearly absurd, but what the author is essentially doing is plucking off leaves without noticing the tree trunk.  Although his heart might well be in the right place, I have every concern that his brain may not be so fortunate.”

A handful of readers dismissed the author as an “imbecile” and an “unmitigated prat,” though others rushed to Jones’s defence, with a one commenting: “It’s true. Why should so much of the power and the wealth and the best tutors and facilities be located in two places where the rich and powerful have a disproportionate access to them? Although the article goes a little far and doesn’t provide a clear answer, it is a problem that should be addressed.”

A response also uploaded to Labourlist following the furore by Alex Canfor-Dumas and Josh Glancy who, although in agreement with Jones’s broader ideology, condemned his argument as “almost entirely wrong.”

Daniel Knowles, also an Oxford graduate, responded to Jones’ article in a blog for Telegraph.co.uk. He said: “Abolish Oxbridge? You stupid boy, within a few years, the country would be perilously short of well-educated graduates, the economy would be even more bust, and anyone with any money would be studying at Harvard.”

However, in response to the criticism, Jones defended his claims. Talking to this newspaper, he said: “I entirely stick to the argument. The response that has most baffled me was that I was ‘kicking the ladder from beneath me’. At the centre of my argument was that Oxbridge was only in part educational elite: on the whole, its students represent the brightest of fairly narrow social elite. That’s why I’ve argued for the automatic enrolment of bright working-class kids – many of whom do not apply, despite the best efforts of the admissions departments, because of the socially exclusive image Oxford has in many communities. I’ve also argued we need broader educational elite made up of a number of top universities, rather than seeing Oxbridge as the be all and end all.”

“God knows who Daniel Knowles was arguing against. My argument was that our educational elite should be broader and more socially representative. He didn’t even bother engaging with that.”

Labourlist.org was launched in 2009 as an independent website supporting the Labour Party. Shadow Chancellor Ed Balls has said the site is “really really good” that is “flourishing and agenda-setting” and “very powerful.” 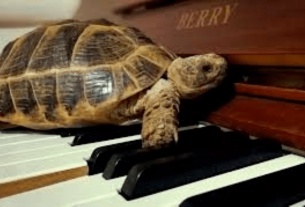 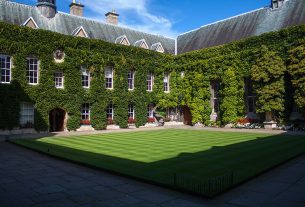