Skip to content
Sometimes the life of an Oxford student is just not challenging enough. Yes, perhaps you think that the 3000-worder you just spent four days cracking out is impressive and yes, maybe it is, but it’s ephemeral. Your tutor will nod sagely, he’ll scribble “Yes, interesting.” in the margin and by the end of your hour-long tute, it’ll be forgotten, filed away in an untended folder and all too readily replaced by the next flavour of the week. What you need is a true test of your mettle, your skill, your worth as a human being. What you need is a real challenge.
Eternal glory! That is what awaits the student who wins the Triglutton Tournament, but to do this that student must survive three tasks. Three extremely delicious tasks. So go on, submit your name to the Gob of Fire if you dare, but beware – they are not for the weak-stomached. Will you prove yourself a Victor Crummy or emerge victorious as Harry Potbelly?
The First Task: El Triple @ Mission Burrito
Cost: £15
Defeated?: Yes
Marketing the challenge as a Lucha Libre into which any intrepid wrestler/glutton may enter themselves, Mission have continued their tradition of eating contests for the everyman. That said, it is not a task to be undertaken lightly: whilst their previous challenge, the famous four-man-four-burrito speed relay, concerned itself with pace alone (45 seconds, ladies and gentlemen), the triple’s size can daunt even the most seasoned of gluttons. Three tortillas laid end to end and positively crammed with all manner of meat, rice, beans, fajita mix, salsas, guac, cheese, lettuce and sour cream are then carefully rolled up, swathed in a foil blanket and placed upon a tray like a small infant being lowered into its cradle. The beast is said to weigh around 1.5kg and is the length and girth of an elephant’s trunk – or at the very least, a grown man’s arm. As for its consumption, the first foot or two are relatively simple for anyone with a manly appetite, but approaching the Golden Inch, time seems to slow down exponentially; it is pure heroism dug from the depths of the stomach which gives you the push you need to finish it, and the prize which awaits is glorious: your name scrawled upon a board of Lucha Libre champions, and a rather comely t-shirt, a size up to accommodate your doubtless distended paunch.
The Second Task: The 36-inch Challenge @ Subway
Cost: ~£15
Defeated: Yes
Okay, so admittedly the 36-inch challenge isn’t Oxford-specific, but it’s been a staple of eating contests for so long that it would feel wrong to omit it. The premise is simple: three footlongs, any fillings, half an hour. Choose your breads, choose your meats, layer on that cheese (the Cowley roundabout branch actually tessellates it, thankfully), throw on some vegetables and sauces and get stuck in. Some would argue that the relative density of vegetables and bread in comparison to the meaty goodness of a burrito renders the Subway trial pitiful, but it is surprisingly more difficult than it looks. Unfortunately, being an unofficial challenge, Subway offers no reward per se for completing it, apart from the promise of points on your Subcard. You will, however, gain respect within the competitive eating community/OxStu Features section; if nothing else, it makes for a perfect light lunch.
The Third Task: The Fallout Pizza Burger Challenge @ Atomic Burger
Cost: £25 (Jesus tits!)
Defeated: No
Clearly the most formidable of our triad of trials, Atomic Burger’s Fallout Pizza Burger is only for true professionals; alas, the Gourmand has not, as of yet, taken it on, due to the unbearable heat of the sauce with which it is slathered. The challenge consists, says the website, of a ‘triple burger stack’ with three layers of cheese, covered with ‘XXX Fallout ghost chilli hot sauce’, all stuffed between a pair of ‘deep fried double cheese and tomato pizza buns’ and served with a side of ‘triple chilli fries’. Gloriously fattastic though it seems, the sauce – previously featured in their ‘Godzilla burger’ challenge – has quite the reputation, and as such the challenge has only been completed by a few dozen competitors. With their requirement that each contestant sign a legally binding waiver in order to avoid lawsuits, Atomic Burger is not fucking around, and should you succeed, a limited edition winner’s t-shirt awaits you, as well as a place on the prestigious ‘Wall of Flame’. Eternal glory indeed.
Post Views: 954
Share this...

The secret diary of a Diary Girl… 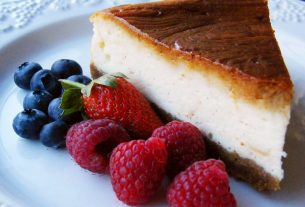 Swedes put equality to the test