A St Hugh’s drinking society that planned a “sexually aggressive” ‘Fox Hunt’ event has been condemned by the college’s JCR at an emergency meeting on Wednesday of 5th week.

The Black Cygnets, despite being officially banned from college premises, pidged invitations for their annual event earlier this week. Male invitees were told to dress in ”hunting attire”, while the female attendees, the majority of whom are freshers, were instructed to come as “foxes”.

The invitations, sent by the male “Presidents and Officers” of the society, challenge the female students to “evade mauling” before “eventual capture by the huntsmen” in “Wahoo Foxhole”.

The invitation went on to describe challenges that “foxes must pass, with huntsmen in pursuit” – all of which are the consumption of alcohol in various locations around Oxford.

The JCR motion, which was passed by a large show of hands at an Emergency General Meeting called by the JCR committee, described this as “language that could reasonably be seen to sexually aggressive”. Dame Elish Angiolini, Principal of St Hugh’s, labelled the group “repugnant, sexist and secretive”.

Male members of the Black Cygnets select the female freshers they wish to participate in the event on the basis of attractiveness.

The motion strongly criticises the drinking society: “The JCR believes [that] the Black Cygnets is a sexist embarrassment [and] the presence of the Black Cygnets in college contributes to an unpleasant and potentially threatening atmosphere.”

The motion was proposed by Carenza Harvey, a first year student at St Hugh’s who received one of the invitations from the society. Commenting on the literature, she said: “I was shocked that something like this could exist seemingly so freely at this university. The language was inherently sexist and offensive.

“The girls who are invited to attend the ‘Fox Hunt’ are picked purely on their looks, which creates a very destructive and dangerous atmosphere. While it can be troubling and potentially upsetting for someone to receive an invitation like this, it is also incredibly disheartening and personally distressing for a young woman to know that she has not been picked because of her appearance.”

Carenza was also critical of the role-play the society encourages: “The dress code […] unavoidably and unashamedly generated a sexist and demeaning predatory feel to the evening. It also, disturbingly, creates the impression that women are only animals, to be objectified, while the men hold the upper hand as humans.”

Carenza was, however, hopeful about the prospects of the JCR motion this evening: “I really hope that we can put a stop to activities like this at St Hugh’s and send out a message that this sort of behavior is not acceptable in this day and age. We, as a college, are taking a stand that St Hugh’s refuses to tolerate this type of misogyny and discrimination.”

Will Golightly, a male invitee, also welcomed the JCR’s possible condemnation of the Black Cygnets: “I’m happy that this is going to be a more positive news story than it otherwise would have been. The JCR is clearly demonstrating its intolerance of the sexism of a minority. I hope this shows our commitment to curb lad culture in the college. Given the colleges past, this is particularly pleasing!”

Laurie Blackman, a third year at St Hugh’s, seconded the motion and agreed with Harvey’s assessment: “I think that that it’s a really disappointing and oppressive aspect of the student body that a harmful minority of people persist in perpetuating, despite repeated attempts by college to prevent it.

“The idea of ‘mauling’ female freshers is pretty repugnant, especially in the wake of other sexist college scandals. I am very proud of the strong JCR response to this incredibly shabby behaviour.”

The response has also been forceful from the college itself. Dame Angiolini, the most senior member of St Hugh’s, stated: “This College was founded to secure equality for women, and has a strong and continuing tradition of furthering the cause of women’s rights and education. We are utterly appalled that any member of our community would consider belonging to, or participating in, this repugnant, sexist and secretive group.

“This group is already banned from our College and is treated with contempt by the overwhelming majority of St Hugh’s students. Any student involved in the distribution of material of this kind, or participation in any of this group’s activities, will be subject to the College’s disciplinary procedures.”

OUSU has also responded to the situation. Sarah Pine, VP (Women), said: “Misogyny and rape culture exist in many forms around Oxford. The language of hunting women, the valuing of women for the way they look, and preying on freshers who feel a lot of social pressure to ‘fit in’ all contribute to removing women’s autonomy, seeing them as sexual objects for men’s use. Whilst this kind of behaviour isn’t unusual, it is still oppressive. I applaud the actions of St Hugh’s JCR. They have affirmed their commitment to the welfare of their women members by making it more difficult for the society to operate.”

She added: “OUSU works with WomCam and It Happens Here to challenge perspectives that normalise or trivialise sexual violence. We run consent workshops, have highlighted survivor testimonies and pressure the university for better provision.”

Students around the college were also keen to voice their support for the motion. Matt Handley, a History student at St Hugh’s, said: “The Cygnets embody the worst extreme of the nasty undercurrent of lad culture which runs through Oxford. It’s reassuring to see that members of the JCR have taken the initiative to voice their dissent against the actions of a minority of students, but a minority whose overt misogyny threatens to bring this college’s name into disrepute.

“The Black Cygnets are not what St Hugh’s is about: this motion highlights that.”

The Black Cygnets have been subject to a decanal ban since 2008, and members of the society were reprimanded for breaching that ban in early 2012.

iOS vs Android … What’s Your Choice? 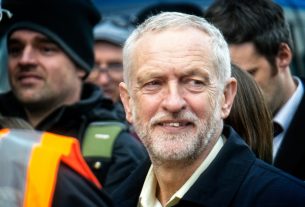