Morning Phase begins with half a minute of plaintive strings. It’s an odd start to a Beck album – his last two albums, The Information (2006) and Modern Guilt (2008) start with processed beats, edgy lyrics and, on the former, a bit of rapping. Morning Phase is trying something different from the word ‘go’, and it’s an ill-omened change-of-tune.

The second track, ‘Morning’, is a shock to the system, precisely because it isn’t. ‘Morning’ is almost a dirge, dragging on in 4/4 time without any of the idiosyncratic features I’ve come to associate with Beck. The Beck I know and love from Guero (2005) and Odelay (1996) finally appears ten minutes through the album on ‘Say Goodbye’, but only fleetingly – like the rest of the album, it’s generally monotonous. After ‘Say Goodbye’, we return to the style of the earlier tracks – slow, simple and unadventurous, redeemed only by a few pretty guitar licks.

Beck is known for being innovative and experimental, but Morning Phrase is neither. I found myself singing along to these songs on the first listen, not because they were catchy but because they were so predictable. Where has the Beck of ‘Qué Onda Guero’ and ‘Loser’ gone? Where are the funky beats and Spanish lyrical interludes? Like Of Montreal last year, Beck seems to have retreated into pop-folk convention, only where Of Montreal did it with panache, Beck’s new effort is just average.

It’s always difficult to review bands when they are known for putting out interesting, surprising music – if you’re not interested and surprised anymore, is it their fault or yours? Are you missing something? If Morning Phase were released by a new band, they’d probably get crushed underfoot in the race to fame, criticised by enough reviewers to deter their burgeoning fanbase. But Beck, in so many decades of avant-garde music production, has probably earned the right to make a few dull albums without it ruining his career. Any resistance he faces will be put down to wilful hipsterism. I’m going to be brave, though, and stick with a 2/5 star rating. I just hope that Morning Phase isn’t a sign of things to come.

Pass me the jazz: the Oxford Gargoyles at Edinburgh Fringe 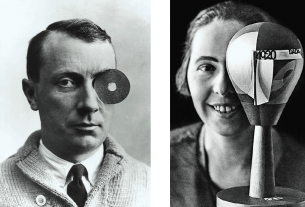