The President of Front National, Marine Le Pen, was met with a large protest outside of the Oxford Union before and during her talk there on Thursday evening.

Around 200 Oxford students and affiliates of Unite Against Fascism gathered to protest along St Michael’s street, where students were queuing to enter the talk. Protesters, some  wearing balaclavas, included members of Oxford rs21, Socialist Workers and the Communist Party of Britain.

Due to protesters blocking the Union gates, students were unable to enter and the Union chamber was only two-thirds full during Le Pen’s speech. Those inside the debate chamber were told they were not allowed to leave due to safety concerns.

While outside the Union, protesters joined in with chants including: “Marine Le Pen, we know you, Daddy was a fascist too”, “Nazi scum, off our streets”, and “Follow your leader, shoot yourself like Adolf Hitler”.

After Le Pen’s speech, a crowd of protesters attempted to block Cornmarket Street, prompting a scuffle between police and student protesters. An increased police presence, including a riot van, was present.

Within her speech to members of the Oxford Union, Le Pen informed students that freedom was under threat from Islamic terrorists and a “totalitarian” EU, with all nations needing to unite for a “global war”.

She also described Front National as “victims”, using the protesters outside the Union as an example, and added “freedom is being able to walk high and without fear”.  When challenged by Union President Lisa Wehden over alleged Front National “fear-mongering” following the Charlie Hebdo attacks, Le Pen argued that the attacks “proved her right.”

Amongst the protesters on St Michael’s street was Dr Hojjat Ramzy, Imam and Director of the Oxford Islamic Centre. Notable for remaining to one side of the main protest and refraining from joining in with the chants, he held a sign reading “Stop to spread hatred”.

One of the protesters blocking the Union gate commented: “Marine Le Pen doesn’t need a platform at a prestigious university like Oxford, she brings terror for ethnic minorities and gay people.”

The demonstrator, masked in a balaclava and not a student of Oxford, continued: “There has been a European-wide upsurge in Islamaphobic incidents because of leaders like her, which is very worrying.”

Several who were unable to enter the event were critical of the seemingly small police presence at the Union, including Exeter student Sam Slater, who described the number of officers as “ridiculously small”.

This police presence grew as protesters moved to Cornmarket Street. Here, protesters were heard to shout: “You killed Mark Duggan, you killed Michael Brown”, and  “Police protect the Nazis”.

There was also friction between students queuing outside the Union and protesters, with students leaving the talk targeted with calls of “shame on you” for giving Marine Le Pen a “platform”.

However, several in the queue were ready to defend their position, including first-year History student Neil Suchak who stated that it was “better to bring down ideology from inside the chamber rather than shouting from inside”.

Another Exeter student labelled the use of balaclavas by the protesters as “hostile and aggressive”. In defence, a balaclava-clad protester claimed his choice of clothing was “a matter of personal safety”, claiming he did not want to appear on websites such as Red Watch.

Another student, who did not wish to be named, said: “The only good fascist is a dead fascist.” When asked if he hoped to kill Marine Le Pen, he simply responded: “All fascists should die.”

Following the scuffle between protesters and police, the majority of protesters moved away from the area and split up. Around this time, Marine Le Pen left the Union via Purple Turtle. A planned debate entitled “This house would break up Murdoch’s media empire” was cancelled due to lack of students remaining in the chamber and the disruption to the evening’s timing following the protest.

Librarian Elect Stuart Webber described the situation as a “logistical nightmare” to students who remained inside the Union following Le Pen’s speech.

For more details of the protest, follow The OxStu and OxStuNews, and search #InsideUnion and #OutsideUnion, to see Tweets made by OxStu reporters as events on Thursday evening unfolded. 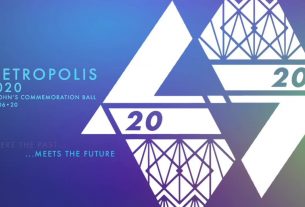