On Sunday 15th of February an open letter was released in The Observer calling for an end to what it described as “attempts at intimidation” and “silencing” by students campaigning against trans and sex worker exclusionary activists on university campuses.  We as students have a right to decide who is welcome in our homes and the presence of people that see trans and sex workers’ bodies as merely academic talking points rather than as the lived realities of members of our community adds to the discrimination faced by these groups every day.  We are not asking that these people be censored and, of course, we do not have the power to censor them. However, we are requesting that they do not voice these damaging views on our campuses and, consequently, in our homes.

The letter claims that the trans and sex worker exclusionary activists in question “have never advocated or engaged in violence against any group of people” and ridicules the idea that the presence of someone who holds these views is “a threat to a protected minority group’s safety”. In doing this, the authors have ignored repeated attempts to demean and disregard the validity of trans and sex worker lives.  We believe that it is violence when Germaine Greer announces “I don’t believe in transphobia”, or when Rupert Read describes trans women as “a sort of ‘opt-in’ version of what it is to be a woman”.  These are violent acts both in themselves and in their perpetuation of a culture in which physical and sexual violence against trans people and sex workers is both extremely high – around 22% of sex workers in the UK have experienced an attempted rape (WHO) and around half of trans people have experienced sexual violence (FORGE) – and often ignored – only one in five LGBTQ survivors get help from service providers (NCVC/NCAVP).  Julie Bindel’s ‘questioning’ of the validity of trans healthcare is a particularly potent example of this, as it has directly impeded access to life-saving treatments such as hormone therapy which decreases suicidal ideation of trans people from 30% to 8% post-transition (Murad et al., 2010).  Moreover, when Bindel characterises sex workers as living “chaotic, drug-abusing lifestyles, controlled by pimps”, she adds to the stigmatisation of the one in twenty students who are sex workers (Evans, Judith 2013).

By mischaracterizing these anti-trans and anti-sex worker activists as martyrs for the feminist cause, the Observer letter validates a discourse that makes some peoples’ lived experiences of discrimination into something that is up for debate. This is in the face of the overwhelmingly large platform often given to these minority views, with anti-trans and anti-sex worker feminists appearing in high profile publications such as the New Statesman (Glosswitch / Sarah Ditum) and The Guardian (Julie Bindel) on a regular basis.

In a world that consistently devalues the lives of sex workers and trans people it is unsurprising that this article exists, and we are no way suggesting that the authors do not have the right to believe or publish such things.  However, we are particularly disappointed to note that a number of the signatories are academics here at Oxford University.  When we live in a world where only 20% of trans students feel safe on UK campuses (NUS ‘Beyond the Straight and Narrow’) and police invite journalists along to the raids of sex workers’ homes (Guardian 11/12/13), the signing of this open letter sends out a clear message to trans students and students who are in the sex industry that they are unwelcome at Oxford University.  Furthermore, as these members of staff are variously involved in student welfare, this letter is particularly worrying as it suggests that student sex workers and students questioning their assigned genders may not receive the care that they deserve from their tutors.

As such, we condemn the open letter and ask all of the signatories who are members of Oxford University to retract their signatures and to make public apologies for adding to the discrimination against sex workers and trans people within our community.

National Center for Victims of Crime, NCAVP, 2010. Rethinking Victim Assistance for LGBTQ Victism of Hate Violence and Intimate Partner Violence (A Joint Policy Report by the National Center for Victims of Crime and the National Coalition of Anti-Violence Program). NCVC/NCAVP, Washington, DC, US. (http://www.victimsofcrime.org/docs/Reports%20and%20Studies/WhyItMatters_LGBTQreport_press.pdf?sfvrsn=0)

We cannot allow censorship and silencing of individuals, 2015. . The Observer, Letters (http://www.theguardian.com/theobserver/2015/feb/14/letters-censorship) 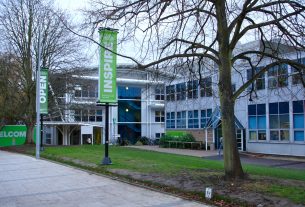