Oxford is in Vicky Jewson’s blood. Born in the John Radcliffe Hospital, she has lived in or around the city for most of her life. For her first film, Lady Godiva, the streets of Oxford doubled for Coventry. Her second, Born of War, uses Oxford more explicitly. A local girl, who struggles to fit in at the university, discovers that her real father is a Middle Eastern warlord, and she becomes embroiled in an MI6 operation to track him down. ‘It’s such a wonderful backdrop for filming, the community here are so supportive to film-makers, the locations are stunning’, Jewson says of her hometown, and it helps that it is a ‘worldwide, well-known place.’

For shooting on location in the Middle East, Jewson found a conducive, and surprising, solution. ‘Jordan was a great place to film in and it was very receptive to film-making.

There were lots of protests going on while we were there and at one point while we were filming we were stopped from filming by the secret police because we were pointing our fake guns at their Courts of Justice.

So that was a bit of a hair-raising moment.’ Other than security and insurance, Jewson has only good things to say about the Jordan, particularly their army. Both she and her producer/co-writer Rupert Whitaker tell the same story of how the special effects team turned up without ‘black powder’, an ingredient vital to making explosives. Unable to buy any for their own use, they turned to the Jordanian army, who organised and oversaw the explosions themselves. Jewson, who puts ‘being able to tell people what to do’ among the reasons she enjoys directing, can add being in charge of the Jordanian army to her CV.

Jewson has made great strides in the action genre, a genre typically dominated not just by male directors, but also by male characters. ‘How often do you see a real female action hero? They are all either in a catsuits or have super-powers?’ she asks me, and I’m stuck for words. More than once, she references the Bourne films, which she ‘grew up with’, as an inspiration. Low-budget British films, made for commercial, rather than festival, audiences, are stereotyped as the ‘gritty, Danny Dyer’ fare which is much maligned. But Jewson has managed to make something different. Her American distributors were surprised to see that she had made ‘an American movie in Britain’: a breathless, exhilarating action film. Films aren’t just realistic because they are gritty or dark, Jewson was keen that her actors showed ‘the weight of the weapons’, and she wanted ‘the girl next-door in that environment’.

Born of War’s ‘girl next-door’ is Sofia Black D’Elia, who provides the emotional and moral centre of the film. She truly feels like a normal girl, plunged into a world of mercenaries and government agents and warlords. However, Jewson’s attempt to pursue a ‘high concept’ idea ensures that the characters are all more than what they seem. She avoids ‘black and white’ stereotypes with a view to ‘challenging preconceived notions’ about the world in which we live. Although aware of the sensitivity involved in portraying this side of the Middle East on film, Jewson assures me that Born of War is not a ‘political film’. With the main focus on bringing a real woman into an action scenario, all that was important was that it was a ‘realistic backdrop for conflict’. The audience are left to make up their own minds about characters and events, with none of their motivations being clear cut.

When the conversation centres in on female directors, Jewson is hesitant to blame the industry. ‘It’s a shame,’ she says, ‘but not necessarily a problem.’ One of the biggest obstacles in her eyes is the false belief that directing is a ‘masculine world’. ‘Directing’s such a personal choice’, she argues, so if a woman has a story to tell, she is just as capable of telling it than a man. The results of a recent study by the Sundance Institute and Women in Film show us what a simple glance at what is on offer at the cinema does: women are more likely to direct films for a smaller subset of the audience, while men dominate the mainstream. Jewson herself has ambitions to direct ‘popcorn movies, the big event movies’ for the mainstream audience, but suggests that with fewer women in the job, they are ‘more discerning when it comes to picking their topics’.

‘Apparently they asked Kathryn Bigelow about eight times to do Spider-man, and she just didn’t want to do it. I think it’s just a very personal thing.’

Jewson exudes a confidence that must serve her well on set, but it doesn’t stop her productions, like all productions, running into difficulties. Although there is a glamorous edge to the ‘black powder’ anecdote and the story about equipment being taking hostage as the filming in Jordan came to a close, the biggest problems are more mundane. Even low-budget films (Born of War cost just £500,000 to make and looks spectacular for it) need a budget, and the lower the budget, the less time there is to film before it dries up. The crew began to film without all the money raised, and saw their pot depleting faster than it was being topped-up. Jewson recalls a week where they were projected to run out entirely, and only an urgent trip to London (thankfully from Oxford, not for Jordan) saved the project from stalling. But the small budget also threw up some helpful consequences. The lack of resources to hire an editor, for example, meant that Jewson had full control of how the final film would flow.

The best advice Jewson has ever received is to focus on the story first. ‘It should be airtight, don’t rush it.’ She ignores the people who tell her ‘don’t do it’, ‘you shouldn’t do it’ or ‘you can’t do it’. What advice would she give to any young, aspiring film-maker? ‘Don’t be daunted. It is the most satisfying thing to take an idea, make it into a script and film it and then see how it comes together in the edit. It’s a great way of telling a story, and if you love story-telling it’s a great way to find an audience. So I would say go for it.’ 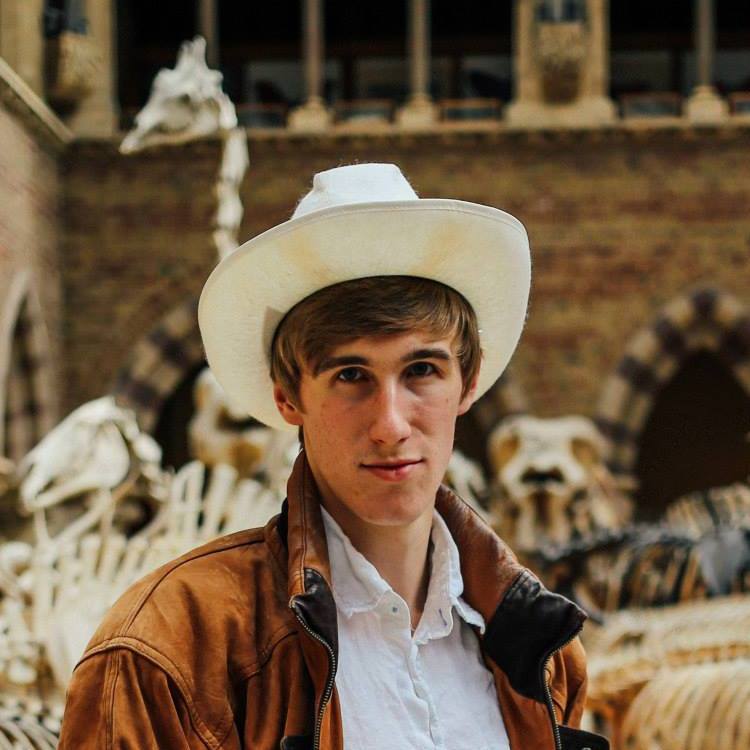