Oxford. Park Town. An ordinary mid-19th century terrace house, a white door with no signs, and a handful of empty milk-bottles. A nice lady, who looks and sounds indigenously British, is welcoming me at her home. It is hard to believe that this lady is a niece of Boris Pasternak, the Nobel Prize laureate, distinguished writer and poet, and author of the world-famous Doctor Zhivago, the 125th anniversary of whose birth is being celebrated this year.

Although the house is full of portraits and photos of Boris, it was not he but his father, Leonid Pasternak, who was living and working in this house for the last years of his life (from 1939 to 1945). Even in Russia, his name is overshadowed by the glory of his son, so it is no wonder that Wikipedia does not mention this artist in the list of notable residents of this house – or why this sacred and secret place is not really popular among Oxford art-lovers. But there is something truly special about Pasternak.

Leonid Pasternak (1862-1945) was a gifted painter, professor of art at the Moscow Institute of Painting and Sculpture, member of progressive contemporary art groups the Wonderers and Mir iskusstva, and one of a very few painters in late Imperial Russia who appreciated and adopted the Impressionist approach to art, which is especially evident in his pastels. Lively masses of loose, intensive and to some extent chaotic pastel strokes in addition to Pasternak’s outstanding skill to see and immediately sketch the most characteristic features of his sitters make viewing his works an inspiring aesthetic experience. In his notes about art the painter emphasizes the vital role which observation – the ability to see and to memorise – plays in portrait painting. Pasternak’s personal skills came from his childhood experience of drawing caricatures for a school journal. He believed that “there should be a caricaturist in every portraitist”.

As soon as you enter the house, your attention is caught by a small but striking sketch of his son Boris, hanging on a staircase wall. This three-quarters portrait depicts his confidence and solemnity by emphasizing facial features, especially his large, projecting cheekbones. This image is so characteristic of the writer that it is no coincidence that it has often been used in Russia to illustrate Boris’s books, and as such has become perhaps his best-known and most recognizable representation.

While wandering around the exhibition you will enjoy various portraits of famous people (both as pencil sketches, and full works in watercolour or oil) drawn in a dynamic manner and with such a great focus on characteristic features that you will soon start feeling that all these people are familiar to you. However, my favourite picture in the Pasternak house collection is Hyacinths. Frankly, I could have spent a day contemplating this magnificent pastel drawing.

What strikes me most in the ground-floor room is an ancient edition of Leo Tolstoy’s book Voskresenie containing original prints of illustrations by Leonid Pasternak. This book is an example of a thriving interplay between text and illustration, of a single entity formed by word and image. As Leonid recalled in his memoirs:

“…the distinctive quality of Tolstoy’s art is that his books are not mere literature but life itself, and one ends to forget about the existence of an author. In reading this or that work, it was as if I had been present as unseen observer of all that was taking place, so that it was not difficult to produce sketches as if they had been done from life.”

In 1921, Leonid Pasternak, with his wife and two daughters, left Russia for Germany, but eventually came to England and settled in Oxford following the rise of Hitler. Today, Ann Pasternak Slater, the painter’s granddaughter and the house-museum caretaker, is keeping the artistic atmosphere alive. The first-floor room is preserved as it was in the 1940s, with its old furniture and fireplace, mid-century children’s toys and even Leonid’s brushes in a ceramic vase. Pasternak House is all in one: a gallery, a time-machine and a custodian of Russian cultural values.

The museum is open to the public on the first Sunday of every month, 2‑4 pm, by appointment only.

From ‘First Kiss’ to ‘Undress Me’ – awkwardly juggling science and Cyrus 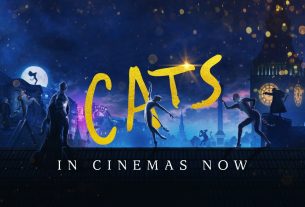 In Defence of ‘Cats’