“Socially useful” is a term that sounds a little too applicable to the engineered batches of workers of Huxley’s Brave New World.

Yet this ambiguous term is apparently what we Alpha Plus babies will have to be when we graduate in order to stave off the huge fee repayments which will exist, according to University’s submission to the Browne Review this week.

The decision, deemed realistic by some and completely despicable by others, has been made by Oxford that the cap on tuition fees should be lifted, meaning undergraduates could be charged up to £11,000 tuition fees for an education here.

It is going to take more than limiting oneself to weekly Sainsbury’s Basics rations and buying clothes solely from Primark to deal with this financial burden.

It is also going to harm the University as an institution as well as the individual students, as Oxford will undoubtedly become one of the country’s most expensive universities.

Access will therefore become more difficult, as now it will be both an academic and a financial challenge. Perceptions of the University as elitist will return with a vengeance, and we shall be thrust back into the image of Brideshead decadence from which we have long struggled to shift.

Of course, University fees will have to rise due to the £8,000 gap between government income and the cost of teaching, and this should be an inevitable fact accepted by all.

Yet the submission the University has given to the Browne Review seems insensitively thought out. Increasing fees means favouring the rich and there is no significant attempt to increase the number of bursaries, or college endowments for bursary funds, and this is unacceptable.

If the chance is limited for potential students with a low income to be helped by the University to fund their education, then they simply will not bother to apply.

There is also a lack of precision and sensitivity about the University’s view to write off the fees of people with “socially useful” jobs. This would mean making entirely arbitrary decisions about which professions benefit society, which so far have been sharply defined as “the intrinsically worthwhile stuff” by Lesley Sims, the University’s Head of Planning and Resource Allocation.

Therefore, once future students achieve the task, both academically and financially draining, of getting an Oxford degree, they must mould their career options on what the University deems “useful”.

Tuition fees must be increased, yet the inaccessibility of Oxford and the disillusionment of its students should not be, and need not be, as a result of that. 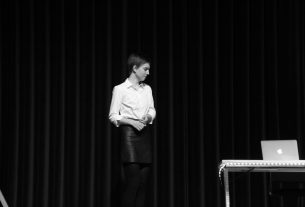 News from the Light Blues