In No Exit, threes are trapped together in Hell. No sulphur and brimstone to be found here: this Hell takes the form of a ‘Second-Empirestyle saloon’, with three sofas and a table providing the only props; nor is there a single tormentor to be seen.

Sartre’s devil is economical: he lets the damned do their own work of tormenting one another. The trio, comprising Estelle, Garcin and Inez, soon become aware of the fact, so often quoted from this play, that “L’Enfer, C’est Les Autres“, Hell is other people.

Cue an hour and a half of unabated emotional torture, in which each character grapples with the others for understanding, sympathy and supremacy.

No Exit is, understandably, a static play, confined to three actors in a small room. Hardly surprising, given this is Hell. The production, therefore, relies heavily on inner exploration and Sartre’s biting humour to sustain suspense.

The cast make good use of a simplistic set: the clever sofa-swapping reflects a constant realignment of loyalties.

Yet for all this, the production did lack a certain oomph. Characters often failed to show a true appreciation for the horror of the situation, with some of the more vindictive, hysterical speeches being marred by a rather inanimate delivery.

More importantly, there was a woeful lack of that character interaction which is key to the whole play. An awareness of the audience also sometimes belied their alleged isolation, and a more inward-looking performance would heighten the claustrophobia of the piece.

These faults, however, are forgivable. This is a slow-moving, disquieting play, which is for the most part performed by a highly disturbing ménage à trois.

Particular credit must go to Louisa Holloway, who brings the smart, sadistic Inez to life with an evil smile and slow, unsettling drawl. After all, with a script as compelling and satirical as this one, it would be hard to go too far wrong.

Hopefully this production will stop resting on its laurels and inject some true dynamism into an excellent piece. 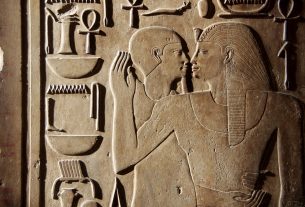