“Spoken word” may conjure up memories of poetry readings. Or maybe events you thought were poetry readings but ended up just being a bad comedian reading out jokes that didn’t scan, rhyme or make you laugh.

This is not the spoken word I’m talking about. Spoken word in music has quietly become something to treasure, both as a complement to sung vocals and on its own.

It’s usually less rhythmic than vocals in hip-hop, although there is some crossover between the two. It’s more like they’ve just decided to speak instead of sing, sometimes because the vocalist realised they couldn’t hold a tune but wanted to get on with it anyway. This is commendable, as long as they can say the words loosely in time with the music.

The Hold Steady’s early albums are full of vocals that are either shouted or spoken at you, and they’re easily as expressive as their singing. Spoken word makes lyrics more audible and easier to make out than they are otherwise. It draws more attention to what is being said than to the way it is being said, although it’s still novel enough to be notable.

Then there are artists that only use spoken word and some backing music – no singing at all, or half-sung choruses at most. George Pringle is a good example of an artist who speaks her lyrics, and they wouldn’t work any other way – you can’t sound that disinterested when singing. No matter how hard you try.

Spoken word makes it possible to convey more than can be said through song, or through rap – all three vocals styles work differently, and when they are all considered viable and usable tools then music is at its most exciting and unpredictable. 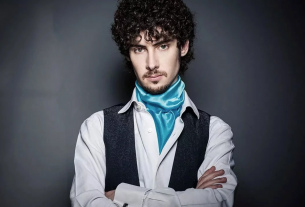