Oxford topped The Guardian’s league table for the sixth year in a row this week, the newspaper revealed on Tuesday. Cambridge came in second in the ranking.

The criteria for the league table including selectivity, satisfaction of final-year students and the career prospects of graduates.

The University has also been first in the Times’ Good University Guide for nine years running.

In 2009 it was ranked fifth in the world by the Times Higher Education QS World University Rankings.

The University’s museums and botanic gardens have been awarded a £400,000 grant by the Heritage lottery fund.

The grant will be use to train graduates as education officers for museums, including the Ashmolean, the Pitt Rivers, and the Oxford Botanic Garden.
Trainees will spend 18 months working with collections and managing volunteers.

Louise Allen, Curator at the Oxford Botanic Garden, said: “This project will enable us to provide wonderful training opportunities for people who want to work in heritage education, but who need to gain experience.”

Scientists from Oxford University are joining forces with universities across Europe to build a telescope which will search for alien life.

The Lofar radio telescope array will scan the low FM frequencies to gather information on the sun’s activity, space weather, and extra-terrestials. It will involve 96 masts in Andover, as well as 5,000 more across Europe.

The data will be analysed by a supercomputer in the Netherlands. Scientists hope the masts, which are made from everyday components, will allow them to work out how the earliest stars in the Universe formed. 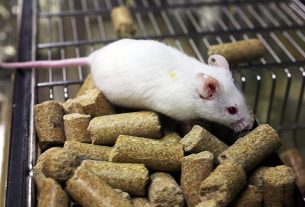