Going to university is supposed to be a bit schizophrenic.

On one hand, life revolves around hours slogging away in the library, messy club nights and copious quantities of cheap wine. On the very opposite end of the scale, real food and an escape from college bureaucracy await tantalisingly at home. The alternative realities of the average student split us down the centre.

The Oxford switch-over is a little more off the rails than normal. It’s rather bemusing to go from an environment where a disproportionately large percentage of the population have a doctorate, a penchant for green corduroy trousers and a nicely bevelled brogue, to the normal world, in which trackies and Ugg boots are more realistic attire.

The Oxford “bubble” looms large. Although not a campus university, the general consensus amongst students is that the colleges’ dominance over a compact city centre creates a sometimes stifling atmosphere.

As Hilary came to an end, a conversation unfolded about how home provides “nothing to do”, and how Oxford’s 24/7 barrage of activity is welcome relief from siblings that “drive us nuts”.

Once we become accustomed to the eight-week blitz, it seems, any slower pace of living – i.e. anything besides a career in the City – drags by painfully.

I don’t think my experience here is much outside the Normal Distribution. In the village I call home, the reading material of choice is The Daily Telegraph. SamCam look-a-likes chase Mini Boden-clad children around the park, and the cricket pitch is the hub of the universe on a sunny Saturday afternoon. My patch of rural Hertfordshire makes The Archers’ trivia on Radio 4 look positively enthralling. As I wave good-bye to St Giles’ at the end of each term, the rapid deceleration in the pace of life is very noticeable.

But middle England vs. the Taylorian Library isn’t much of a jump compared with the leap made by foreign students. One French first-year from Somerville sums up the experience: “Although I went to an international school in Paris, and I do miss speaking casually in French, I enjoy the change. One of the points of university is to get out of one’s shell, so I actually like it that there is a cultural separation.”

Does the experience change throughout a university career? Does one simply accept the fact that home and college life are pretty much irreconcilable, and learn to treat one’s role in each differently?

Hanns Koenig, a second year PPE student, goes back to Germany every term, given the importance of maintaining family and peer relationships when studying abroad. For him, it wasn’t so much British culture that was the shock, but more the way “everyone knows everyone, and that gossip travels very fast” within colleges.

From those I spoke to, it seems balancing life in Britain and abroad involves keeping an open mind, accepting and benefiting from the inevitable differences, rather than viewing them negatively.

It can’t all be too strange an experience: in a recent survey, The International Student Barometer, 83% of Oxford’s respondents said they felt the city made it easy to “experience the host culture” and almost 94% said the city was “a good place to be in”.

A Christ Church mature student, who originally comes from India, mirrors other students’ thoughts when he says that the student body’s “cosmopolitan” diversity is a “reason to relish the culture gap.”

Eight weeks of an Oxford existence, followed by six of somewhat relieving banality, is, I think, the only way the system stays sane.

Believe it or not, there is a life in the big wide world outside, sans the cushy collegiate system. And it seems, international or British, the subjective experience of “Oxford time” exists across the board.

“When I go back to Paris at the end of term,” my Somerville interviewee admitted, “I have twice as much time, and yet do half as much. Time moves differently here, and somehow you manage to fit everything in.”

At Easter, standard family chatter summed up the surreal Oxford transition. The parents remarked on my sudden and unprecedented affection for the garden. (Previously, in my eyes, it was solely a fine sunbathing spot and place to scoff fresh raspberries.)

I did comment, though, that the borders were looking a little tired round the edges. Cue unrepeatable retort from Chief Hedge Trimmer Father.

The Freshers’ guide to university life on screen

Checking in with the Oxford Revue 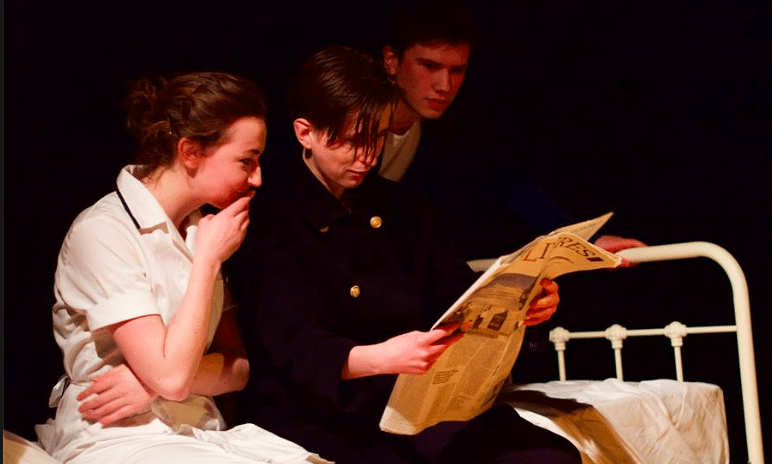