When Oxford’s student representatives travelled to Westminster last November, they were joining hundreds across the country determined to save future students from higher fees. Their greatest success was among Liberal Democrat candidates, with 500 signing the NUS “Vote for students” pledge to oppose any rise in tuition fees.

Yet an Oxford Student survey this week of the 57 Lib Dem MPs who made it to Parliament has shown that many may be reconsidering their pledges in light of the Browne Review’s findings.

When asked if he will keep his pledge, Nick Harvey said: “I’ll wait and see what the government proposes to do and make my decision accordingly”.

Until a few months ago, Lib Dems prided themselves on being the only major British party opposed to tuition fees, a stance they had held since their introduction by Labour in 1998.

Charles Kennedy described the introduction of fees as “one of the most pernicious political acts that has taken place”. Nick Clegg has previously described fees as “a disaster”. He did not respond to requests for comment this week.

A U-turn among top Lib Dems to save the coalition could well be on the cards. One senior Lib Dem told The Guardian: “This is a moment where it may be best if we just admit that what we said before the election about opposing tuition fees was wrong. Being in government means we are going to have to go through a long process of growing up.”

If MPs choose not to abandon their promises to students, it could become one of the most important divides of the coalition government. If 42 of the 57 Liberal Democrat MPs were to stick to their promise and oppose any bill proposing higher fees, along with all Labour MPs, it could be defeated. The debate has the potential to tear apart the coalition.

The National Union of Students predicts that at least 30 Lib Dems will oppose the bill, meaning the best the government can hope for is a wafer-thin majority.

Our survey found backbenchers like Greg Mulholland at the heart of the fightback against fee rises. He said: “It is certainly my belief that this is not a done deal and the strength of feeling among Lib Dem MPs could derail any attempts to see fees rising substantially and I will certainly be doing everything I can to make that happen.”

He is not alone. “There are many of us, certainly in the Liberal Democrats and I suspect probably across the House to some extent, who are very concerned about that and will oppose any attempt to raise fees in the way that has been leaked from the Browne report,” he added. Prominent MPs such as Meinzes Campbell have joined him in opposition to any rise in fees.

While the coalition agreement allows MPs to abstain on the issue, the NUS pledge requires that they actively oppose any proposals and look for fair alternatives. However, one MP argued that he could both honour his pledge and vote in favour of a government bill along the lines of the Browne review’s suggestions.

John Hemming said: “Although I am not yet certain that this alternative is a sufficiently fair alternative, a) it scraps the remaining up front tuition fees, b) it changes from a tuition fees system to a progressive graduate contribution which is akin to a tax.

“Hence if I am comfortable enough with what the government proposes – and key to this is not allowing the wealthy to pay fees up front or indeed allowing people to pay in advance – then I am voting in accordance with my pledge if I support such a proposal.”

Two thirds of students said their candidates’ position on tuition fees influenced the way they voted in the last election, according to a national poll.

Yet some MPs see no need to rush to act. Local Oxford West Conservative MP Nicola Blackwood refused to say how she would vote on the issue, instead saying that she is “committed to vigorously representing students”.

A spokesperson for Sarah Teather had “no idea” what her position was, but added: “I’m sure she’s going to read that.” When asked for a good time to call back for a comment, the spokesperson said “a couple of weeks”. 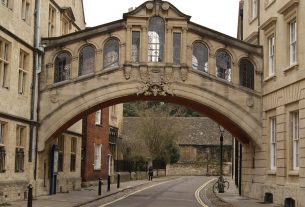