Soul/areole; footfall/soot-ball – watching the Imps freestyle rhyme, like over-educated rappers, is a worthwhile sight in itself. Fresh from the Edinburgh Fringe, the Imps were on good form. For those of you who don’t know, the Imps are an improvised comedy troupe, made up from Oxford students: if you’ve ever played the game where each person says one word in turn, and collectively you try to spontaneously make a story, you’ll get some idea of the kind of thing the Imps do. Somehow when the Imps do it they manage to come up with a vaguely coherent plot.

All the new, inexperienced members collected from Freshers’ Fair have yet to be allowed out on stage, so the present line-up is pretty experienced: for improvised comedy, surprisingly few of their scenes dragged on or fizzled out. The wittiest performance was, as ever, by Tom Skelton  – if sometimes a bit reliant on funny accents, he managed to be consistently lively, on-the-ball and generally crazy throughout the hour-and-a-half long performance.As for the scenes, there was a good Shakespeare pastiche – a tragedy called ‘the Two Doctors of Rome’. For a while it looked like it was going to descend into Carry On – some of the jokes about breasts got the biggest laughs of the night, but it got tiring after a while. A few Macbeth and Nintendo references later (to give you some idea of how weird this all was), and they managed to drag it back, ending, like any Shakespearean tragedy worth its salt, with all the characters dead on the floor for no good reason.

The Imps sell season tickets; but if you don’t want to be disappointed,  don’t go twice. The Imps’ brand of comedy is semi-improvised: they have the same basic scenes, whilst getting the audience to make up different genres, protagonists, and props. This works well – ironically though, it means that they’ve changed their basic structure a lot less than most traditional groups. The scenes now are the same as those I saw two years ago. That said, practice must make perfect – they’re also much funnier than they used to be. If you’re a Fresher you should see the Imps once while you’re here. Once. 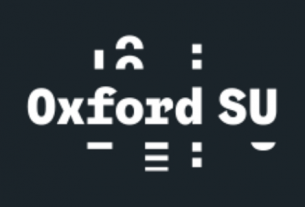