Andrew Wilkinson, the co-director, introduces Not For the Faint-Hearted as a “promenade horror comedy.” What does this mean? “I don’t know – we just picked three random words that sound impressive.”

Flippancy aside, Ed reveals a bit more about the show: “The plot revolves around a gang of inept criminals who are down on their luck and plot a murder for the inheritance money.”

How does the promenade element come into it? Andrew explains “The audience are treated as equals.  They’re interacted with and they’re referred to. They are part of the group involved in this murder plot.” He ensures there are plenty of scares, but I ask whether the ‘interactive’ element of the show may prove to be a liability. “Well yes and no. We want to immerse them in the storyline. They’re very much in there and it’s kind of hard to escape.” He insists that the actors very much lead the show and they have been doing plenty of work to prepare for any eventuality. “We’re not inviting the audience to be anarchic.” So take note if you’re planning to see the show.

So why include the ‘promenade’ bit? “Well we wanted to stage something in a slightly more interesting way, to try something a bit more ambitious.” Ed mentions The Woman in Black as an influence and I ask whether the horror genre extends into other work he has written. It does. He cites Martin McDonagh, the Coen Brothers, Martin Scorsese and Quentin Tarantino as favourites; the recurrent theme seems to be black comedy, from The Local, performed in Michaelmas last year, written and directed by this same team, to Andrew Wilkinson’s direction of The Beauty Queen of Leenane last term. They agree that humour and horror are what they enjoy but hint that something straighter may be in the pipeline. They mention that they are careful not to fill the show with in-jokes, with gags that only appeal to their own sense of humour. “It’s about trying to find that balance between something you’re interested in doing and writing, but we also want to make it appeal to as many people as possible.”

The show is on in the Keble O’Reilly theatre, a “great, big space” for a horror piece, but they explain that capacity for each night is limited to 50. “Because it’s a promenade, because we want it to be intimate, you’d lose so much if you had 100 people in there. We’ve really taken it down.”
There aren’t too many seats to fill, and even Ed and Andrew admit that most of them can be filled by friends and family, so how do they increase exposure? “Facebook is so good. Facebook is unbelievably good.” Ed extols the advantages of new media, but Andrew insists that you can’t underestimate the power of a good production team. “A lot of people won’t have seen a promenade piece before, and if we can get them in because it’s accessible promenade, funny promenade, slightly moving, slightly horrendous.” Ed laughs and Andrew corrects himself, “Horrific, not horrendous.” I’m not sure that’s any better.

“Part of the mark of what we’ve done has been a kind of recognisable realism, there are stylistic bits, but there is so much that is naturalistic and downplayed. We’re not into slapstick, we want the characters to be recognisable people. It makes for a more engaging play.” They think highly of their cast. “We’re pleased and humbled that they’re in our little play. They’re also very beautiful.” Clearly they’re excited, and the play sounds intriguing so, if you fancy a pre-Hallowe’en fright then this may be just the ticket.

Not For the Faint-Hearted is at the Keble O’Reilly Theatre, 8pm Tuesday-Saturday

An Oxford artist explores the world of Oz

Review: ‘A Journey Through London Subculture: 1980s to Now’ by the ICA 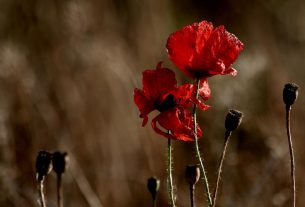 Elem Klimov and the de-fetishisation of warfare