Oxford University is to introduce a new degree in Computer Science and Philosophy beginning in October 2012 which could “widen access” to students from state schools.

Dr. Peter Millican, fellow in Philosophy at Hertford College, proposed the course, and believes the nature of the new joint degree could help open doors for state school students whose teachers are “possibly too overworked or uncaring” to help them apply to Oxbridge.

“Computing is unusual in that it’s taught from scratch,” he said, “but there are lots resources available online that children can use to teach themselves. This should widen access to the course as students can help themselves to the material.”

He believes capable state school pupils are still being discouraged from applying to top universities like Oxbridge because “their teachers are so overcome with work.”

To convince the University the degree would be viable, Millican had to demonstrate there would be enough potential applicants.

To do this, Millican set up a website about the new course aimed at secondary-school children which allows them to send their feedback directly to him. He received interest from 24 pupils between November and December 2009.

In further attempts to gauge interest, Millican wrote to 80 state schools but received “zero replies” from students or teachers.

“I sent a message asking how many students had actually been notified about the course, but I received no replies to that either. I then sent messages to the top 15 schools from which Oxford receives applications and I had replies showing interest for the course within the same afternoon.”

Millican points to a report by the Sutton Trust – an organisation seeking to “promote social mobility through education” – which says over 50% of state school teachers wouldn’t recommend their students apply to Oxford as evidence that greater access to state school students is still a major issue.

Having moved to Oxford five years ago after 20 years teaching CompSci and Philosophy at Leeds University, Millican first voiced his idea for the new course to members of the CompSci faculty in June 2006. With the help of Gavin Lowe, Professor of CompSci, the “big push” for the degree began in February 2009 and formal approval was finally achieved last week after “jumping through an awful lot of committee hoops.”

Although joint CompSci and Philosophy is already offered at other UK universities – including Warwick and Edinburgh – Oxford has preferred to pair Philosophy with humanities subjects, seen as more traditionally complementary, making the degree Oxford’s first new Philosophy course since 1973.

“Most people are unaware of how many links there are between Philosophy and CompSci, such as Logic and Artificial Intelligence,” Millican said.

Millican also stresses the great employment prospects graduates in the new degree will have. The External Advisory Panel of the Computing Laboratory believes the degree “is likely to produce high-value graduates” and “the kind of people that industry, and society in general, wants.” 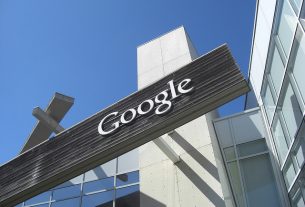