Chancellor George Osborne yesterday slashed tens of millions of pounds from Oxford’s budget for the next five years, creating a funding vacuum that students and donors will have to fill.

The cuts could be far worse than administrators feared earlier in the year, and leave the University facing a raft of stark choices over its future.

Finance officials had expected at least three years of cuts after £6 million was cut from the University’s teaching budget this year – but Osborne’s cuts will now come on top of those Oxford was already predicting, adding up to the biggest government funding cut to affect the University in living memory.

Yesterday’s Comprehensive Spending Review outlined the government’s plans to cut the budget of the department in charge of higher education spending by 21 percent by 2015. The report said: “The Government believes that there must be a shift away from public spending towards greater contributions from those that benefit most and who can afford to pay.”

Finance Director Giles Kerr told this newspaper in April that 2011-12 would be “a very bad year”. But at that stage only a comparatively modest £17 million was likely to be cut from the university’s research income. Now the University faces cuts to both its teaching and research grants – and the effective abolition of humanities funding.

David Palfreyman, New College’s Bursar, is worried about how to replace the lost income: “An Oxford college can’t do what another university might do – we can’t find 100 Chinese students to study accountancy and wheel them in. We’re more constrained in terms of our ability to add numbers to compensate. It’s all up in the air. Potentially the pieces could drop down in a nasty way or form a jigsaw that just about works.”

Giggs is still a hero on the pitch 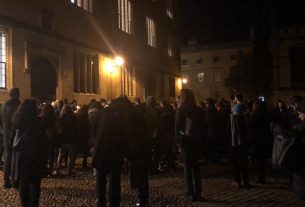