“I am Akira the Don and I make stuff… to communicate things.” It’s a modest description of a man who, whilst perusing his own career as a rapper, pop musician and comic book artist, occasionally finds the time to produce records for Lethal Bizzle.

He has lofty ambitions – when I requested an interview this summer he suggested pushing it closer to publication date: “the speed shit moves these days,” he told me, “I might be prime minister by then…”

Akira grew up in North Wales in “one of those places where it’s a forty minute walk to the nearest bus stop. I had space with a lot of time on my own just drawing comics and listening to music. The first ever comic I got, its cover just got sold for seventy grand.”

Does he still have his copy? “My mum burnt it I think. She burnt loads of my comic books after an argument we had. Comics are an incredibly powerful medium. They seem to be getting a bit of respect like intellectually but it’s done with one raised eyebrow and a fucking testicle in the cheek, you know?”

His only studio album When We Were Young, recorded for Interscope but released on a different label due to creative differences, vividly paints a picture of an adolescent who cannot escape the politicisation of thought and feeling.

“I remember my family arguing about politics. My mum would say my aunt was voting against her children. But my aunt only voted Thatcher because her husband did.

“Sage Francis has a lyric where he says ‘I’m not left wing or right wing, but the middle finger’ and that’s what I am.”

I suggest that white rappers like Sage Francis and himself make hip-hop very differently to their black contemporaries. “I think it’s more to do with what you’re exposed to and where you’ve grown up. You get someone like Kanye West, who is influenced by European white culture maybe more than he is by black culture. And then that feeds back into what black culture is. So now you see loads of black kids wearing tight jeans and stuff.”

Akira makes hip-hop that is based on a constant exchange of ideas and perspectives. Does he see the genre as inherently democratic?

“Yeah, it’s a great leveller. I mean it started with people chopping up Kraftwerk and James Brown records. Fucking German robots and black people screaming from America. That’s about as different as you can get. On ATD24 [a collaborative record made in just 24 hours] we had Gonzales who’s classically trained and everything and someone who could be described as a drug dealer from Brixton. And they were there making something together.”

It’s a side of his work he feels major label involvement took him away from. “I was naïve back then to think I could have a record with a song on it like Thanks For All the Aids and they’d spend a million dollars promoting it. But I applaud my younger self for doing it and not just making the music they wanted me to make. I’ve ended up having a longer career than many of my contemporaries who signed to major labels at the same time. I’m still here, and people are still interested in what I’m doing. And it’s growing.”

There is, he tells me, a new record on the way, which “big people” are excited about. In fact, speed shit moves these days, he’ll probably be prime minister by the time it’s released. 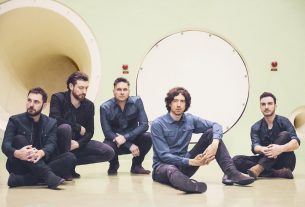 From Canada to Oxford, they Alvvays impress