Bit of a review today instead of the normal baffling stream-of-consciousness gaming news summary, as this week post-apocalyptic survivalist fans rejoiced, then locked themselves away inside their bedrooms/nuclear bunkers when Fallout 3’s sort-of-sequel, Fallout: New Vegas, was released to some hoo-hah and all around general aplomb. Whilst my college sadly isn’t one with a fallout shelter – or, at least one they would permit the JCR slurry to know about – I have been checking it out, and New Vegas is a very odd but truly fascinating mutated beast.
Bit of a boring history lesson to know about the game here. Even if you have heard of Fallout 3 then you’ve probably not heard of the original Fallout games. The original Fallouts are legendary 90’s games which had become pretty obscure before a company called Bethesda – who made The Elder Scrolls series of games – decided to make a sequel. They, however, did not make the original games; Fallout: New Vegas is a sort-of sequel to Bethesda’s Fallout made by the people who did make the original two Fallout games. Confused now?
Sorry if you are. The reason all this is important is that New Vegas, though it looks like Fallout 3, is actually very different, in many ways more like the original two. If you liked Fallout 3 then don’t let this put you off, though you may find some of the changes strange at first. For instance, in New Vegas the developers have got rid of the annoying fact that there were only about six guns in use throughout Fallout 3, like how there were no ‘.44 Magnums’ except for the plentiful ‘Scoped .44 Magnums’. I don’t want to sound like a gun nut here, but New Vegas tries much harder to approximate the experience of scrounging for gear in a deadly nuclear wasteland. In keeping with this change there’s also an optional (crazy) ‘hardcore’ mode where you have to drink water, eat food and regularly sleep, which might be a bit much for most but certainly indicates what the people who made New Vegas were shooting for.
I’m not sure all of which is a bad thing. Occasional and terrifying encounters with something the game helpfully labelled a ‘Deathclaw’ in the middle of the night aside, Fallout 3’s Wasteland rarely seemed as harsh and unforgiving as the New Vegas strip does. The fact that there’s far less ‘good vs evil’ and more shades of grey in the moral choices of New Vegas (including a few likely divisive choices regarding a slightly mental but well-intentioned religious group) add to a sense of a darker, more interesting virtual landscape. New Vegas in this regard certainly treats the player as more of an adult than Fallout 3, which often offered you two conversation choices: ‘Be a lovely person, do as they ask, receive no reward’ or ‘Be a twat, lololol roflcopter’.
As you can hopefully tell by this point, I’m swinging towards a positive closing paragraph of the New Vegas review here, so I’ll skip all that and end on an important caveat. While genuinely good, New Vegas is an exceptionally complex game made on the shell of a quite ancient engine, and it is a bit of a mess at times. Particularly on consoles, testing suggest that it can be seriously temperamental. Even on a gaming PC which one could be genuinely smug about, it had moments of choppiness which were not present in Fallout 3 – and like Fallout 3 the graphics can seem woefully dated. New Vegas is insanely good fun, but in more ways than one is really not for the faint of heart.
’til next week, then; take care, have fun, play games. 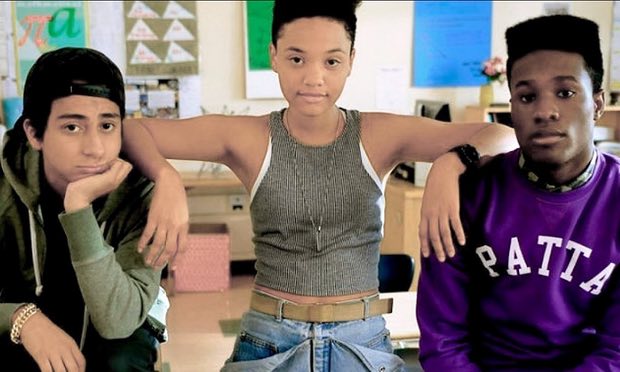 Get in: The Get-Out, O’Reilly

Interview with the artist: May Xiong