Superstores look set to take over Oxford as Sainsbury’s and Tesco battle it out for store space in the city.

Before the start of this term, two proposals for a new Tesco site were denied by the Council.

Tesco had submitted a request to tear down the Fox and Hounds pub on Abingdon Road and replace with one of two plans for the site. One was simply for a new Tesco, the other for a Tesco and housing development. This would be the third Tesco in Abingdon.

The City Council cited problems with designs of the new building according to the Oxford Mail.

But Tesco have re-submitted their plans and expect a response by Christmas. This announcement came at the same time as Sainsbury’s opened a store on Cowley Road, a move which seems calculated to compete with the Tesco’s already there.

The Oxford Central, South, and West Neighborhood Forum on eDemocracy.org expresses some of the resident’s dissatisfaction with Tesco’s plans. One resident went as far as to comment that local businesses will “never survive Tesco’s carpet bombing” in response to the original plans in June.

Others planned to save the burnt-out pub by evoking Section 12.9.9 of the Oxford Local Plan which prevents the transfer of land or purpose of a public house unless there is another pub sufficiently close enough to be considered the community ‘local.’

Students seem generally nonplussed by the developments. While Tesco and Sainsbury’s are more convenient shopping destinations, student residents of Abingdon express mild confusion over plans for a third Tesco.

Just this academic year, Oxford has seen the opening of a Tesco on Magdalen and of a Sainsbury’s in Cowley as well as plans for a new Tesco in Abingdon. There is little to make of these developments except that a bidding war has begun for the patronage of Oxford residents.

Local market stall owner Pippa Charlish said she thinks there should be a limit on how many stores the big chains can open, saying that her own business has been running for 30 years and “it would be a shame to see it go”.

“All small business will suffer, but you can’t blame people for wanting to shop for everything under one roof.” 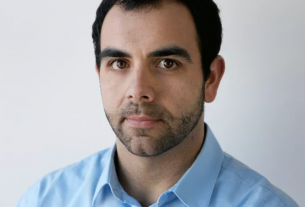