At 10.30 AM last Sunday, hundreds of Oxfordians gathered around the Oxford War Memorial in remembrance of soldiers who had given their lives to secure freedom for the country.

“[Remembrance Sunday is] remembering all my comrades and especially all those who were lost during the campaign,” said veteran Arthur Vincent, who fought in the 1944 Normandy Campaign with the 4th/7th Royal Dragoon Guards Tank Crew. “It’s obviously an emotional time because I can remember those young men who died, who didn’t come back.”

The commemorative day began as a way to acknowledge the men, women and children who lost their lives in World War I — over one million in total. It became a means of comforting the grieving and strengthening the wounded. Now, Remembrance Sunday honors all those who have died in combat, from World War I to Afghanistan.

“It’s remembering all those who have fought wars, given their lives or given their efforts to keep us free as we are at the moment,” said Oxford Scout Group 28 Leader Colin Doling, who has attended Remembrance Sunday ever since he was a child.

The ceremony included a welcoming address from the Lord Mayor of Oxford, Councillor John Goddard. Clergy from the Christian, Jewish, Muslim, Hindu and Sikh faiths lead the community in prayer, asking God to bless the fallen and those they had left behind. Many bowed their heads in silent reflection.

Beth Saward and Nicola Donohoe, students at Wychwood School, are both daughters of servicemen. They were there not only to remember fallen soldiers, but also to support others who, like themselves, have to live without family members for long stretches at a time. The girls spoke proudly of their fathers.

“I just feel its respectful to come pay respect to people doing the same thing that [my father] is doing,” Saward said.

David Roche, a co-sergeant Rifle in the army, and Army Rifle Sergeant, Phil Houseman said they, too, were proud to serve, even if that service meant death.

“We’re all going to go sometime,” Roche said. “If we’re called upon to go and do our duty in conflict then that’s what we’ll do, and if death is part of that it’s what I’ll accept.”

A representative from the Royal British Legion read “The Exhortation:” “We will remember them/When you go home, tell them of us and say/’For your tomorrow we gave our today.’”

Bagpipers and trumpeters took turns playing, and the citizens of Oxford sang the 23rd Psalm.

At the end of the ceremony, members of the Officer Training Corps, veterans and servicemen marched down Broad Street with the last line of ‘The Exhortation’ still hanging in the air.

More than 10,000 British troops are currently serving in Afghanistan. 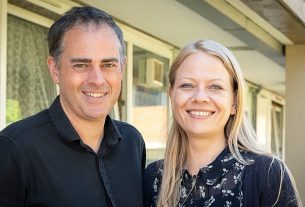