Mark Watson could have been an Academic. At any rate, with a First from Cambridge in English Literature, the long path to a Doctorate seems to have been a more natural option than a career in comedy. While Mark rejects the first statement (“I couldn’t see much fun in spending even more years in the University Library producing dissertations which were almost identical to ones that already existed”), he does agree that where he ended up was never the long term plan: “it was almost a whim at the beginning, but it became my career”.

A whim that ended up surprisingly well, some might say. Host of the new sports based panel show Mark Watson Kicks Off on ITV4 and BBC4 quiz show We Need Answers, and now in the middle of a UK tour, Mark’s comedy career is flourishing. A visit to the Edinburgh Fringe Festival when he was 20 years old sparked the Bristolian’s interest in stand-up, and since then he has endured a roller coaster eleven years. From the lows of an appearance in a Pot Noodle advert in 2006, to the highs as host of the NME awards at Brixton Academy in 2009, he has seen and done a lot. Nonetheless, Mark is rather modest about his success: “No matter how well you’re doing, you always tend to set your sights slightly higher”.

Having been a member of The Cambridge Footlights, Mark is adamant that university is the best time to try stand-up comedy: “The key to everything is to do as many gigs as you can”. That said, Mark believes himself to be as much writer as comedian, and his desire to be a writer with “some sort of connection to comedy” as a student meant that stand-up was the quickest way of going about it. Writing, he confesses, is “the most satisfying part” of what he does. In fitting with his down-to-earth, ‘Mr Nice Guy’ image, he admits sometimes “it’s just nice to make people laugh, too”.

Is there room for ‘Mr Nice Guys’ in comedy these days? “There’s no glory in being offensive unless you’re saying something interesting”. With the likes of Frankie Boyle coming to the fore in the UK stand-up scene, some fear that comedy is heading in a darker, radical and more offensive direction. Jim Jeffries’ Edinburgh show Alcoholocaust received criticism for his ‘sexist’ vitriolic rants and mockery of Lesbians and Christians. Mark agrees that comedy is becoming darker: “I think there is more leeway for ‘offensive’ comedians now than ever before, and more place for them on mainstream TV than ever before”. However, he makes it clear that the trend is more superficial than real: “This doesn’t mean that the majority of people who claim to be ‘edgy’ or ‘radical’ actually are. A lot of them are doing pretty ordinary material while preening themselves for upsetting people”.

Upset people, Mark does not. He has received vast praise for his appeal to broad audiences. Mark contends that being popular with “an exclusively young, hip crowd” should not be “some kind of badge of honour”. It is this attitude that has helped lever him onto the TV screen (Never Mind The Buzzcocks, amongst others) and into the public eye. Of course, panel shows such as Mock the Week have been panned as pre-packaged and brash. While Mark believes that panel shows have their advantages in their ability into “bring comedians quickly into the public eye”, and that “they’re funny in a slick disposable sort of way”, he admits that the panel show can be “constraining” for comedy. “As part of a TV show, you’re only a cog in a complicated wheel; you’ve very little control over what happens and what it ends up looking like”, while live stand-up means “you have pretty much complete control. The whole product is yours and what people see is up to you. I find that much more creatively fulfilling than being in a TV studio”.

In the future, we can expect to see Mark unleashing these creative energies in another novel, and more live stand-up. It appears that the dreams of the young Cambridge undergraduate of 1990s are coming true, and the UK comedy-scene is all the better for it – maybe nice guys don’t always finish last. 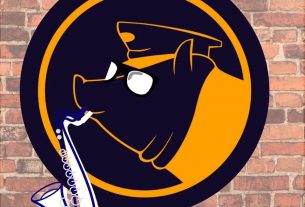 Review: ‘The Lucky Ones’ by Julianne Pachico