January is National Hot Tea Month, and since it seems to be a general rule that consumption of tea doubles (at the very least) once you return to college, what better time and place to try new teas and rediscover old ones than the start of Hilary? Need more convincing? Fortunately, here’s a list of some more reasons to convince even the most hardened coffee addict to try tea:

1) The best place to drink tea, and the best type of tea to drink, depend on each individual person – but it is generally accepted that loose-leaf teas are much higher in quality. Those beloved tea bags are actually made from fannings – small pieces left over once the leaves for selling as whole-leaf tea have been gathered. The other name for them is tea dust, which doesn’t sound as amusing, but accurately conveys the fact that they are the rejects of the tea world, scraped up and bagged for flogging to the masses. So, especially when compared to some sweepings in a paper bag, whole leaf tea is a whole new taste.  If you’ve never liked tea, maybe your taste buds are just too refined – try whole leaf before rejecting it altogether.
2) The entire world can’t be wrong. After water, tea is the most widely consumed beverage in the world. And it’s over 2200 years old – it was already well known in 200 BC. Admittedly, everyone thinking something doesn’t make it true – but it makes it worth thinking about. And everyone thinks tea is awesome.
3) Health benefits. Not only does tea contain catechins, a type of antioxidant, but it also has positive affects on the mental decline associated with aging. Lenore Arab, of UCLA, found that people who consumed tea at a variety of levels had significantly less cognitive decline (17-37 percent) than non-tea drinkers.
4) Mental health benefits. Essay crisis? Boyfriend dumped you?  Tutor yelled at you and made you cry? Lost your favourite teddybear? Sit down. Breathe deeply. Have a cup of tea. I’m pretty sure that if there was a StudentGuide, the first thing might be Don’t Panic, but the second would definitely be have a cup of tea.
5) History. You want to emulate your heroes? You may never achieve what they achieved, but you can get a little bit closer to them by copying their love of tea. Mark Twain actually wrote down his rules for tea when travelling, because he was so sick of getting served sub-standard stuff.  All the greats have enjoyed their cups of tea – when you sit down with your mug, you’re not just drinking tea. You’re following in the footsteps of those who went before you.
6) Social benefits. We have a saying in Ireland – “a quiet man’s tea is soon gone” – which essentially means that there’s no point chugging your tea down and getting back to work. A cup of tea is not just a cup of tea, oh no. Oh no. How foolish of you to think so. It’s a conversational aid. You can’t be awkward with a cup of tea in your hand -well, you can ( I’m thinking of the old boyfriend who managed to spill a scalding cup of tea onto my grandmother’s lap..) but it’s harder. You have something to do with your hands, and when there’s a silence you can have a sip of tea rather than stare at whoever present in a creepy and off-putting manner. Even more important, invite someone for tea and there’s a definite end to the encounter, rather than an awkward and ill-defined “I’ll.. be going now..”.

Now I’ve convinced you, here’s some of the best places in Oxford to get your tea fix.

1. The Rose on Oxford Street. Not only do they stock a good range of teas here, but they take them seriously. Try the Ooolong if you’re looking for something a little bit unusual, but not miles out of your comfort zone.
2. The Old Parsonage on Banbury Road. Try taking an afternoon off and going Banburying at the Parsonage. It’s a treat to linger over, since it starts at £7 a person up to £19 for a graduation tea with champagne. The expense is well worth it, however – the name conveys the atmosphere perfectly.
3. Whittard’s on the High Street. For a take-home treat, Whittard’s have a fabulous range of good tea. While it’s not cheap, it’s a good way of getting a high-quality cup at a much lower price than in a café. And they sometimes have excellent offers on..

What NOT to do in Freshers’ Week 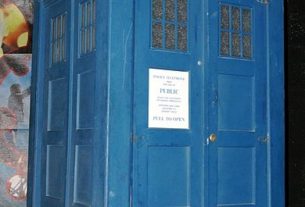 To weave or not to weave