A. Money makes the world go round, and, in Bar Risa’s case, a lack of it makes it close down. Strangely, it wasn’t the filth, lack of air-conditioning or impossibility of getting a drink that spelled the end of Risa – it was in fact a case of Jongleurs’ parent company Regents Inn going into liquidation which caused its (un)timely demise. Whilst I’d like to think the poor quality of a night out at Risa caused karma to get it back, it was probably the recession. So, what has brought Wahoo into our lives? Simply, Cavendish Bars bought it. But what I don’t understand is its official name, ‘Wahoo Bar & Grill’. This grill offers the delightfully named ‘Wahoo wings’. The only thing I would use those for would be to fly right out of there.

Q. Why is the man who invests all your money called a ‘broker’? Geology, 1st year, St Anne’s

A. Apparently you are all reeling from the steady depletion of your student loans, hence this week’s financial theme. Well, having pored over the pages of the The Economist, I have come to the conclusion that those who read The Economist must be extremely dull. However, from my own knowledge, I can tell you that a broker has nothing to do with money stewardship. He buys securities such as stocks in very big quantities, and then breaks them down into small lots to sell to smaller investors. Therefore, no, he does not make you ‘broke’. Just because a word implies something in its spelling does not automatically mean that is its definition. Think of your “porters”, for example; when was the last time they ported you, or, say, offered you some port? Now, if you’ll excuse me, I’m going to go and stew over some things.
If you have a question you’d like me to answer in next week’s issue, you can contact me at askstu.oxstu@gmail.com.

Snooping through the hallowed halls of the House 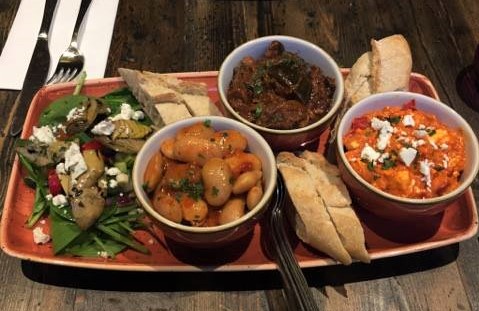 Mezzeto: A taste of the Mediterranean in Jericho