Ricky Gervais’ recent naughty behaviour at the Golden Globes has provoked a backlash in the American press. At least Ricky is in good company – award ceremonies seem to bring out the worst in many a nominee or presenter.

At the Glamour magazine awards last summer comedian James Corden and Star-Trek/Shakespeare veteran Patrick Stewart engaged in a bizarre verbal joust that seemed to revolve around Corden’s ‘belly’. Stewart attacked Corden for appearing disinterested when presenting awards (“don’t stand at the back of the stage with your hands in your pockets”), before firing some frankly unintelligible jibes at him (sample insult: “if you fancy the Jonas brothers cover your belly”). Stewart may have been making very little sense but his delightfully fruity voice just about covered this fact – Corden’s increasingly high-pitched comebacks could never quite compete. Youtube it for an excellent dance remix version of events.

Julia Roberts’ turn at the Oscars in 2001 took Hollywood narcissism to new heights. Accepting an award for her performance in ‘Erin Brockovich’ – a film based, remember, on a true story – Roberts extolled the joys of being part of a ‘sisterhood’ (thespian rather than feminist) and managed to thank “the world” (including her “brother-in-law Tony”) – with one notable exception: Brockovich herself. Oh, Julia…

Will anyone ever forget the immortal words, ‘Taylor, I’m really happy for you, I’mma let you finish… but Beyonce had one of the best music videos of all time…OF ALL TIME’? With this outburst, Kanye West handed the microphone back to a bewildered Taylor Swift and slunk off stage to the boos and murmurs of an embarrassed audience. Kanye’s interrupting of Swift’s acceptance speech on winning the Best Female Music Video VMA was not his finest move, but luckily Beyonce was on hand to recover the situation. When on stage later to accept the award for Best Music Video (non-gender specific, natch), she said  ‘I remember being 17 and on the stage with Destiny’s Child winning my first MTV music award…and it was the most exciting moment of my life. So I’d like to invite Taylor back up here so she can have her moment.’ Taylor joined Beyonce on stage, said her thanks demurely (remembering her MySpace fans) and the pair embraced in a tangle of red dresses and ringlets. Now that’s Southern class.

And the Oscar for the ‘best stage moment at an Awards Ceremony’ could only really go to Jarvis Cocker. His – literally – cheeky stage invasion of Michael Jackson’s pseudo-religious performance of ‘Earth Song’ at the 1996 BRIT Awards perturbed viewers and enraged security. With Jacko nearing the song’s hysterical climax, cheeky Cocker sauntered on stage, flaunted his pert rear at the audience, wiggled it in The King’s direction, and then flashed his torso, before being escorted off stage by some beefy bodyguards (and later held under suspicion of assault). But, in true Brit Pop style, Cocker was simply making a statement: ‘My actions were a form of protest at the way Michael Jackson sees himself as some kind of Christ-like figure with the power of healing,’ Jarvis persisted, ‘the music industry allows him to indulge his fantasies because of his wealth and power.’ Surely the words of a true winner?

Entered into the Guinness Book of Records the following year for the longest ever acceptance speech, and containing over 50 ‘thank yous’ was Halle Berry’s reaction to her 2002 Oscar win for Best Actress – and to being the first black woman ever to achieve this accolade. This speech in particular stands out for its raw emotion. We love this speech because it’s the antithesis of what an acceptance speech should be – it’s unrehearsed and rambling, but it’s still capable of provoking shivers. Berry’s breathless and tearful assertion that her prize is ‘for every nameless, faceless woman of colour that now has a chance because this door tonight has been opened’ is at once controversial and humble. Although she begins to parody her own effusive thanks towards the end, we especially like her closing note: ‘and thank you to Oprah Winfrey for being the best role model any girl can have.’ Amen to that.

‘Distant’ Voices: in defence of Birmingham 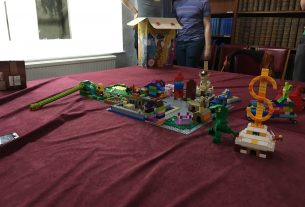