According to the Care Quality Commission (CQC), the organisation tasked with supervising the standards of NHS care, three of Oxfordshire’s hospitals are failing to provide adequate standards of care.

The CQC, a watchdog set up to monitor standards in hospitals, care homes and social care, has the power to shut down hospitals if they fail to comply. Since its establishment in 2009, the CQC has brought about the closure of 34 care homes and 8 care agencies.

A recent inspection found that the hospitals failed to comply with four of sixteen quality standards. The report pointed to a major shortage of nurses undermining patient care across the board.

Roxy Boyce, regional director of the CQC described the staffing situation as “worrying”. Ms Boyce also said that staff themselves recognised that the shortages are having a negative ramification on standards of care. She said that staff believe that understaffing is preventing them for sufficiently explaining their care to patients and from helping new employees.

Experiences of students seem to corroborate this assessment. Rob Wadsworth, a Balliol student admitted to hospital after falling into the river in November, complained that nurses “were really not attentive” and that this made his time in hospital all the more difficult.
Similar stories can be heard across the University with students regularly being admitted to the John Radcliffe and other hospitals after everything from bops to bike accidents. Such anecdotal evidence backs up the findings of the CQC report.

According to the Oxford Mail, the hospital has reacted to the judgement by recruiting more staff. These new employees come primarily from agencies and therefore are not a long term solution to the problem. Ms Boyce said she believes that the other issues, such as poor attendance at training sessions, may be resolved by dealing with the staffing problem.

The CQC will continue to monitor the situation to ensure that the hospital is complying with care standards. The spokesperson for the NHS trust has stated that that they are “already making improvements in these areas”.
The report also concluded that patients are waiting too long before receiving inpatient treatment. They point to cancer cases in particular. The aim is for all cases to receive treatment for the disease within 18 weeks, but the report states that, for the CQC, “significant concern remains in relation to patient waiting times for treatments following referral and for waiting times for cancer treatment.”
A lack of physiotherapists and pharmacists were also identified by the report.

The body will continue to monitor the hospitals to enforce standards and compliance with regulation. It is unlikely, however, that the Oxfordshire hospitals will be forced to close. Ms Boyce conceded that the trust does provide a generally good level of care and that patients of the three hospitals are positive, on the whole, about their experiences. The Chief Executive of the Oxford Radcliffe Hospitals NHS Trust welcomed the report and the opportunity to “assess its performance against national standards and identify areas where further improvement is required”. 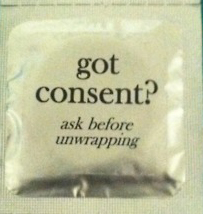