The Hoff appeared yesterday at the Oxford Union, the elite University debating society.

Running in with a Baywatch lifebuoy, the Knightrider star and Britain’s Got Talent’s newest judge serenaded students with lines from ‘Jump in my car’ but refused requests to run in slow motion across the hall.

Hasselhoff spoke briefly and then answered questions from the audience, dishing out ‘Don’t hassel the Hoff’ T-shirts in return.
Making many references to ‘Hoffisms’ throughout puns using his name, he said his favourite was “I’d kill for a cup of Hoffee.” He boasted that more than 400 can be found on his website.
Showing he is still as charming as ever, he told a female student who asked how he kept in such good condition for a 58 year-old: “People like you”.
He said he was “honoured” to be visiting the University on what was his “only other day off since Thanksgiving”, apart from Christmas day.
The star’s talk covered his career from Baywatch to his role on Broadway in the rock opera Jekyll and Hyde.

He told the audience that Broadway was “terrifying” but also the proudest moment in his career so far. “I’ve wanted to be on Broadway since I was eight years old,” he said.
Speaking from the heart, he told the audience: “If you can find five people in your lifetime you can trust then you’re a lucky man, or woman.”
He said he was “passionate” and “an entertainer”, not just an actor or singer.

The Hoff described co-star Pamela Anderson as “a classy lady” with “so much charisma” and called her “a very close friend”. He said the biggest difficulty knowing Anderson was “trying to keep the paparazzi out”.

When asked a question about comparing Britain’s Got Talent and the show’s American counterpart, the star replied “Britain is nuts”. He said the show was “a forum for crazy and talented people to go off and do what they want.”

Not equally impressed by acts everywhere that he had visited while filming he offered the following judgement on UK cities: “There’s a lot of talent in Liverpool, there’s some talent in Birmingham. Glasgow has no talent.”

An audience member was quick to remind the Hoff that Britain’s Got Talent winner Susan Boyle is from Glasgow.
Giving a sneak preview to the new show, he said that “the best talent is under twenty” and revealed that top acts will include a boy who dances like Billy Elliot and a twelve year-old girl with a voice like Whitney Houston.

He admitted he had not always found the British show easy, saying: “I had to ask Michael MacIntyre what language some of them [the acts] were speaking.”
Not equally impressed by all the performers, but usually amused, he said: “The funny part about it is that they actually think they’re funny.” 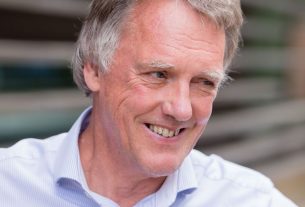