It has been a strange season at Stamford Bridge. Popular opinion held that the title was all but certain to stay put in West London after Chelsea carried the juggernaut momentum of last spring into the new season. With the January frenzy now behind us, the Blues are looking hard put not just to defend their Premier League crown, but their Champions League status. Their second defeat to Liverpool this season left them precariously placed in fourth, ahead of Spurs on (admittedly healthy) goal difference.

Chelsea’s demise has been most commonly explained by the injuries and consequent losses of form suffered by their two key attacking cogs, Didier Drogba and Frank Lampard. It makes a good deal of sense, for Drogba led the goal-scoring charts with 29 last season, and Lampard was Chelsea’s leading scorer in both title wins under Jose Mourinho.

However, Drogba’s case may be not as straightforward as it first seems. He spearheaded their dash to the title last year with a mammoth goal haul; yet last term’s bag of 29 eclipsed his sum total from both previous title-winning seasons. Chelsea don’t need Drogba in peak goal-scoring form to win the league, or at least they used not to. Lampard’s 2009-10 haul of 22 goals was also a personal record, part of Chelsea’s overall accomplishment of becoming the first Premier League team to go past 100. The very nature of that record points to it’s unsustainability. Which brings one to the case for, or rather of, the defence.
Chelsea’s largesse was not limited to the opponents’ net last year; in the process of going past 100, they also managed to ship 32 goals, making them the most profligate champions in seven years. It is a stark contrast to the two Mourinho seasons, when they conceded a total of just 37. John Terry’s all-action style has not aged well and neither has he, with frequent injury concerns; in the heart of defence he has not found a regular partner to match the solidity offered by Ricardo Carvalho in his first years at the club. The expensive acquisition of David Luiz is the first real acknowledgement of the team’s defensive shortcomings, a laughable notion a few years ago. It may be higher up the field, however, that the root of Chelsea’s ills is to be found. The contribution of Claude Makelele to the near-impenetrability they attained in those two seasons is too easily forgotten; neither Michael Essien nor John Obi Mikel is an adequate replacement.

Success in the Premier League, as in most sporting fields, is harder to sustain than achieve. The only manager who has managed the necessary near-alchemy to stay at the top is Alex Ferguson; Arsenal’s struggle to mount a real title challenge since their Invincibles season shows the difficulty of the rebuilding process.

Carlo Ancelotti’s current demeanour is decidedly embattled for a manager who has just been given in excess of £70 million to invest in players. He now faces the tricky task of integrating the Premier League’s most expensive player into a team where there is no obvious opening, save in place of Drogba. It appears he will try to have the best of all worlds, and play all three strikers as part of his preferred diamond formation. He was forced to abandon it in favour of Mourinho’s 4-3-3 last season, and upsetting the team in favour of Torres could be the move which sees Chelsea slip from the Champions League places for the first time under Abramovich, although that remains unlikely.

The acquisition of Torres in mid-season is a perplexing one, even in the light of Chelsea’s recent struggles. Liverpool are set to miss out on the Champions League for another year, and they could surely have acquired him at half the price in the summer, with more time to integrate him into the team. It is a move which casts further doubt on the extent of Ancelotti’s control over footballing matters at the club, an unresolved tension since the last days of Mourinho, a ghost of Stamford Bridge whom the passing of time has not managed to exorcise.

5 things we learnt from England’s series win over India 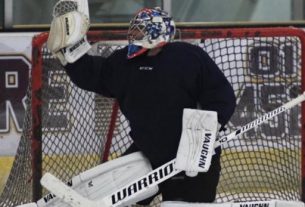