You’ve probably heard of Alice, a little girl who goes for mystical adventures in Wonderland; you might have read the book, seen one of the various films or the ballet. Like many others, my first experience of Alice was watching the Disney film – a far cry from Oxford, the city that originally inspired the author Lewis Carroll. The author told stories to the real Alice on rowing trips, which began at the Folly Bridge, and ended in Christ Church Meadow, which itself provided the backdrop for the story of the adventure.

Lewis Carroll’s real name was Charles Lutwidge Dodgson and he taught Mathematics at Christ Church College. The character of Alice was based on the Dean of Christ Church’s daughter, Alice Liddell. After having befriended Carroll, she became the inspiration for Alice in Wonderland and the one who convinced him to write the story down. If you read carefully enough it is possible to find references to Alice Liddell; the story takes place upon the real Alice’s birthday.

Walking around Oxford and seeing its eccentricities, it is no wonder that it inspired such a mythical and whimsical story. Its hidden meanings and coded references relate to things far beyond what one would normally expect from a children’s book. Integrated into the pages one can find reference to mathematical concepts, logic and history.

A visit to Christ Church College’s Great Hall reveals the everlasting memory of Alice. Pictures of Alice in her blue dress and white apron can be found within the Hall’s stained glass windows. The character of the dodo is said to be Carroll himself, because when pronounced with a slight stutter, which he himself had, his name becomes ‘Do-do-Dodgson’. The firedogs by the fireplace with long necks are said to have given Carroll the idea of Alice’s neck stretching out when she ate something within Wonderland. Legend also has it that the secret passageway behind the High Table in the Hall was the inspiration for the rabbit hole that Alice followed the White Rabbit into. This has particular resonance as it is said that the White Rabbit was based upon Alice’s father, who frequently ran late, coupled with the fact that Christ Church College’s clocks run five minutes later than other colleges’.

Opposite the entrance to Christ Church Meadow can be found the Alice in Wonderland shop, which is also known as the Old Sheep Shop. This is particularly apt as it was from this shop that Alice Liddell used to buy her sweets and it is possible to go there now and buy her favourite barley sweets. It is also the setting of the Old Sheep Shop that Alice is said to visit in Alice Through the Looking Glass, the sequel to Alice’s Adventures in Wonderland.

Go to the Pitt Rivers Museum and it is easy to find yourself lost in a world of strange objects, which probably would have awed a Victorian audience in a similar manner when it first opened, back when Alice Liddell was eight years old and Lewis Carroll was aged 28. As a result, it is likely that Alice and Carroll would have visited the museum themselves and as the book was only written when the real Alice was 10 years old, it is quite possible that Carroll was influenced by this unusual collection.

The lives of Alice Liddell, Lewis Carroll and Alice in Wonderland are so intertwined with the world of Oxford and university life, that it seems apt that the city of Dreaming Spires has become Wonderland. Oxford embraces the worlds of both the real Alice and Wonderland Alice every year in the summer, under the guise of Alice’s Day, which this year will be held on the 9th July. It is likely to be “oh, [a] frabjous day”. 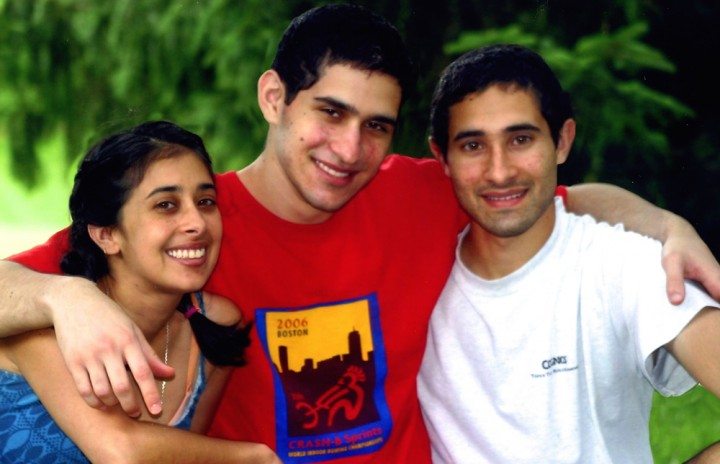 Losing your RAG: Team No. 2