With the UK’s former third-party bearing the brunt of criticism for the coalition, Ed Watson defends his party

You can’t win as a Lib Dem.  Before the coalition I was derided as irrelevant.  Since May my party has been accused of lacking principles. In practical terms, you literally cannot win as a Lib Dem: the Internet says that in the 2010 election the Lib Dems had 119,788 votes per seat won, to the Tories’ 34,989 and Labour’s 33,350 (and if the Internet says it, it must be true).  Seriously, what gives?

It’s the second of these three observations that I want to focus on, the one that impugns my integrity.  From saying that my party has no principles, most people move on to saying that I have no principles.  Their argument is simple, and logically valid: the Lib Dems have no principles; he is a Lib Dem; therefore he has no principles.  It’s not an argument I’m going to take lying down, not any more.  I don’t care if you feel betrayed, because I resent the insinuation that I betrayed you (except on tuition fees: though I support the Government’s legislation, I think the party lied in some sense before the election and so made a liar out of me.  That pisses me off a little).  But I still think the Liberal Democrats have principles.  I think we have integrity (yes, tuition fees notwithstanding: is it a contradiction in terms for a good man to do a bad thing?).  This is what I’m going to try and argue.

I am a Liberal Democrat for three basic reasons (I know that to have three basic reasons is a conveniently hacky rhetorical device, but there we go).  The first is that I believe the economy, and public services, should be supported by taxation of a healthy private sector.  The second is that I believe the public sector should be such that it provides those things which are deemed by our society to be basic human rights.  The third is a corollary of the second: that the individual’s liberty should be a significant factor in all our Government’s legislation.

I don’t think these are principles that many would disagree with, certainly not many who term themselves centrist.  I like to think that this is because they are good principles, rather than because they are so vague that there’s not enough detail in them to disagree over.  However, in case it should be thought that they lack content, I will try and flesh them out, and in doing so try and show how the Lib Dems are enacting them in parliament.

This probably sounds horrifically right wing (I should say that I am, correctly I think, seen as slightly to the right of my party).  I do, however, think it to be true.  I think the private sector has been weakened by the movement of Britain’s industry, if you can still call it that, to a few square miles in the City of London.  Because of this, I don’t think the wider private sector can bear the tax burden required for government spending to remain as it is.  You can’t place the whole of the tax burden on the banks, not because they’ll go elsewhere, but because they’re tricky bastards with great accountants.  Tax individuals and small business too much however, or as much as would be required, and the economy fails: jobs that don’t allow for expenditure seem to me about as useful to the economy as no jobs at all.  The only solution is to reduce Government spending and try to allow the private sector to grow such that it can fund our public services.

I genuinely believe this is what we’re trying to do.  Whether we’re doing it well is another question (cancelling the Sheffield Forgemasters loan was surely one of the most counter-intuitive decisions ever), but I believe that this is our intention.  Of course, because of this, the Lib Dems are part of a government that is sacking 500,000 of its employees.  The number’s scary.  What’s scarier is the personal impact.  We cannot gloss over the fact that what this amounts to is turning upside down entire lives.  But, hollow as it surely sounds, it has to happen.

It’s not a question of family economics or trite analogies; it’s a question of where the bloody money comes from to pay government salaries.  If that money isn’t coming from cold, hard taxation, then the jobs it pays for are as much a part of a sustainable economy as playing cards could provide the foundation for Nelson’s Column.  There are wrangles of course, not least the fact that many of those who have been put in charge of cutting jobs are exactly those whose jobs need to be cut.  There is the question of whether we’re going too fast.  But these are wrangles related to practical issues; not matters of principle.

I think those rights are healthcare, primary and secondary education, and a standard of life worthy of a ‘wealthy’ country.  I can’t speak for the Tories, and God knows I wouldn’t want to, but for the Lib Dems’ part I think we’re approaching the current crop of reforms on the basis that the services currently being provided aren’t good enough.

We aren’t reforming/cutting benefits to screw those on them; we’re trying to reform/cut them because we think the current system is as significant a block to social mobility as the disparity between a private and a state education.  It’s because this analogy can be made that we’re promoting academies.  It’s because of this that we wanted, and got, a pupil premium (which, even if you think isn’t additional money, is still at least an attempt to ensure that what money is being spent is spent on those who will benefit from it most).  I’m going to skirt around EMA, but that’s not because I don’t think the argument can’t be made, just that I don’t have space to make it here. On NHS reforms we are at least trying to ensure that Lansley’s eclectic plans don’t have the destructive effect so many fear.  In all these cases, feel free to accuse us of incompetence, being misguided in our principles or foolish in our reasoning, but don’t think we aren’t acting on principle.

(Just so I cover it, I don’t believe tertiary education is a basic human right.  That said, I believe it should be open to all, I believe it will be under the Government’s reforms, I support the Government’s tuition fees package, and I believe that my party was guilty of the biggest political cock-up over tuition fees since Brown got rid of the 10p tax rate: as I said above, one way or another, in some sense, we lied during the election.  But that’s another matter.)

This brings us to the third principle; that the liberty of the individual should be a significant factor when drafting up any and all government legislation.  This is a big one.  In fact, it is the big one.  Obviously it covers civil liberties, on which we have made significant progress already: control orders may have become ‘control orders lite’, but my reckoning is that these are significantly better than regular control orders ever were.  Libel laws are being targeted for reform.  The rights of minor offenders serving jail sentences, who need to be embraced by society, not ostracised, are being fought for.

But liberty extends beyond civil liberties.  There’s no point being legally free if your social and economic situation is itself a prison.  Hence our raising the income tax threshold each year.  Hence our attempts to implement a voting system which brings us closer to actually being free to elect a government of our choosing, not just conceptually free to do so.

Hence all the above in fact.  Ultimately, to be a Lib Dem is to want to give people the freedom to achieve, whilst providing a welfare structure that ensures this freedom isn’t the freedom to sink into destitution.  Most Tories place too little emphasis on the latter part of this equation.  Most Labourites place too little emphasis on the former.  The fact that centrists in both parties agree with the whole suggests this maxim is either vague enough to serve as a platitude, or good enough to be the defining principle of the centre ground.  Whichever way, it’s a maxim I’ll stand by till Doomsday.

These are my principles.  I believe they are the principles of my party.  I believe they are principles that my party is trying to enact in government.  I certainly believe that we are better off trying to enact them and only half succeeding than crowing about them from the sidelines, achieving nothing (even if the former spells electoral oblivion).  So, by all means call me and my party incompetent.  Call us misguided.  Tell us that we’re failing to live up to our principles.  Tell us that we’re just plain wrong.  But tell us that we lack principles, or impugn our integrity in some other way, and I’ll see you on the meadows with pistols at dawn.

The Magic of Magazines 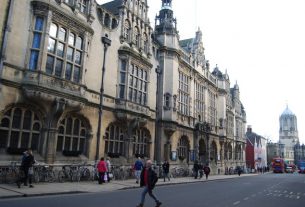