The number of academic staff in Oxford from ethnic minorities is lower than the national average, according to figures obtained by The Oxford Student.
The statistics show that only 6.3 percent of academics at the University identify themselves as a member of an ethnic minority group, compared to a national average of 8.6 percent, taken from a recent report by the Equality Challenge Unit.

All academic departments have a proportion of ethnic minority academic staff below the national average, with medical and social sciences closest to the national average, employing 8.2 percent and 8.4 percent of black, minority and ethnic (BME) academics respectively.
Humanities subjects, such as History and English, are falling far behind other departments, with the overall figure of BME academic staff standing at only 4.4 percent.

The current figures are an improvement on the previous year’s figures, when only 5.9 percent of academic staff was of an ethnic minority.
A spokesperson for the University said: “The University has a race equality policy and is working towards increasing staff representation from minority ethnic groups. The Race Equality Steering and Working Groups are looking into supporting BME staff and doing further research into the issues.”
She also suggested that the figures may not be truly representative of the extent of ethnic diversity amongst tutors.

“It’s important to note that the true numbers of minority ethnic staff may be higher than the figures suggest: across all staff, nearly one in five people are choosing not to declare their ethnicity at all”, said the spokesperson.

According to some college senior tutors, employment procedures were designed to reduce any bias against ethnicity.
Mark Griffiths, Senior Tutor of New College, said: “the monitoring process in academic appointments operates blindly.”

Clifford Webb, finance bursar at Merton, said recruitment is “monitored by the University equality unit.”
Statistics released by Merton show that 16.8% of applications for their research fellowship positions in the last round of recruitment claimed to be from ethnic minorities, but all four positions were ultimately filled by applicants who identified themselves as white.

According to statistics collected by the college, of 96 tutors at Wadham, one was black, three were Chinese, one was Indian and one was mixed race while the rest were white.

Amongst ethnic minority students, opinion is divided on the significance of the issue of tutor ethnicity.
Sumil Thakrar, a Physics and Philosophy student, said: “I feel like it would be better if there were more tutors of different backgrounds. That way Oxford would seem more open and accessible to those students of ethnic minorities who are considering applying here. The same can be said for the number of ethnic minority undergraduates.”

An engineer of Pakistani descent, who did not wish to be named, disagreed that the revelation was important.
“I don’t care what colour my tutors are. Tutors should be chosen on the basis of how good they are,” he said.
One student from Singapore said that there are “causal relationships between the lack of ethnic minority undergraduates and the lack of ethnic minority tutors.”

The student referred to “an incestuous culture where academics are hired from the undergrad population, a lack of undergrads admitted translates to a lack of ethnic minority academics” as a reason for the figures.
Chris Lewis, a graduate student in Political Theory, cited a lack of mentors with shared experiences as causing ethnic minority students to “feel distanced from the academic profession”, and therefore not pursue a career in it.
He said: “The reason the under-representation of minorities in academia is to be deplored is that some areas of research are much more likely to be pursued by members of minority groups, but because those scholars are so under-represented, the fields that they are more likely to contribute to remain, in some cases woefully, under-explored.”
According to a recent report on the experiences of people of BME descent working in Higher Education from the Equality Challenge Unit, the proportion of people of ethnic minorities in academia is lower than in the workforce as a whole.

In the document, BME staff report that they feel increased scrutiny of their work as opposed to their white counterparts, that they find it difficult to gain promotion and that negative assumptions are made about their professional abilities.
The University was recently criticised about diversity after Labour MP David Lammy’s Freedom of Information request in December showed that the success rate of ethnic minority undergraduate applicants at Oxford was markedly lower than that of white candidates.
According to the statistics he found, 11 Oxford colleges admitted no black students in the 2009/2010 intake.
A University spokesperson explained to the disparity between white and BME students to The Guardian by pointing out that a large proportion of black students apply for the most competitive subjects.

“44 percent of all black applicants apply for Oxford’s three most oversubscribed subjects, compared with just 17 percent of all white applicants,” said the spokesperson. “That means nearly half of black applicants are applying for the same three subjects, the three toughest subjects to get places in. Those subjects are economics and management, medicine, and maths. This goes a very long way towards explaining the group’s overall lower success rate.”
Brook Hewett, a first year student from East London, disagreed that with the common belief that fewer black students attend Oxford simply due to the lower rate of application from that group.

He said: “It is simply not good enough to claim that there are not many black students because they do not apply. If we were genuinely seeking to redress this balance of under representation we would be proactively encouraging and supporting applications from these communities and challenging misconceptions that universities like Oxford are institutionally ‘out of their league’.” 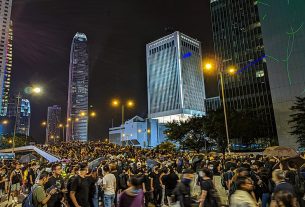 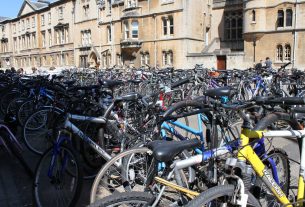 Over 1,800 bikes stolen in Oxford last year, only 22 recovered