You probably haven’t noticed, but there’s a new country emerging; Southern Sudan. Yes, you say, isn’t Sudan as the hellhole which spawned tragedy from the Mahdi uprisings to the Darfur crisis? That it is. Yet Southern Sudan is a region of incredible natural beauty and blessed with abundant raw resources. In a continent undergoing enormous change, Southern Sudan could well break the mould of corruption, repression and civil war. It could show the world what Africa is capable of.

If South Sudan’s independence is akin to a divorce then what has undergone can only be compared to domestic violence. From 1955 to 2005, with the exception of a ten year ceasefire, the region has been engaged in devastating warfare with its northern neighbour. The death toll was the highest of any conflict since the Second World War. The underlying resentment has much to do with the political, economic and cultural oppression of the African, mainly Christian, south by the Islamic Arab north. It is claimed that the north exploited southern oil to fund its projects of genocide in Darfur. It’s hardly surprising that 99.5% voted for independence in January’s referendum.

With such a grim past one might assume a grim future ahead. Southern Sudan has one of the worst humanitarian standards on the planet. One in ten children won’t see their fifth birthday and 90% of the population live on less than a dollar a day. The same type of war-induced trauma which terrorised Sierra Leone is rife and weapons abundant. Southern Sudan is bordered by a number of failed states: Ethiopia, the Central African Republic and the Democratic Republic of Congo. Sadly, there is a reason Central Africa is rarely held up as a model of nation building. Worst of all there is the prospect of continued conflict with the north which, freed of its international obligations, may be tempted to exact a terrible revenge.

In order to survive, the new nation must quickly establish a working government. While the region has been governing itself since 2005 there is doubt whether various rebel factions can cope with the responsibility of full independence. The constitution is typically optimistic; political, religious and press freedom is guaranteed. The administration is decentralised into ten states and has a legislative assembly divided between the eight major political parties. Yet it is overwhelmingly dominated by the Sudan People’s Liberation Movement (SPLM), the leading rebel force which fought for independence. Africa of all places has shown the speed at which freedom fighters become the next oppressors. Southern Sudan should enjoy the honeymoon period of unity while it lasts, but must develop a balanced multi-party system.

Despite its current poverty, money is soon going to flow into southern Sudan. This is because it possesses that most divisive of resources; oil. Having produced 85% of Sudan’s oil it now has a golden opportunity to build a state. Sudan is the 17th fastest growing economy in the world. Yet oil can be a curse to developing countries. Witness the endemic corruption of Nigeria. Where the money goes is a crucial question; will it be squandered on weapons, limos and the Swiss banking sector? All the people of Southern Sudan need equal access to the new wealth, regardless of ethnicity or gender. The best solution may lie in a diverse economy.

The government should not forget about other income streams, notably tourism. Unlike the north, southern Sudan boasts an evocative equatorial climate, with the upper Nile meandering through exotic jungle and grassland, stretching as far as the eye can see. The new nation boasts wildlife diversity to rival even Tanzania, hosting the world’s second largest annual wildlife migration. Many nearby countries such as Kenya have profitable tourism sectors, and the increasing popularity of ecotourism means that safari parks can help rather than hinder wildlife by preventing poaching.

There is also a large and increasingly prosperous international Sudanese diaspora. Southern Sudan can lay claim to such talents as Luol Deng, a Brixton-raised basketball star for the Chicago Bulls, with a contract worth $80 million. It is hoped if these migrants return they will bring skills and wealth in turn. The goodwill that migrants such as Deng have inspired in their countries may well assist southern Sudanese government in obtaining cheap loans and medical assistance.

Southern Sudan has an almighty task ahead of it. But it also has potential for something great. Africa has changed; it is no longer a centre for cold-war agitation or quasi-colonial adventures.  The flood of investment from Asia, the enormous increase in communications and the gradual removal of western tariff barriers mean the new nation has bright prospects. Mobiles are replacing guns. Ghana and Botswana have shown us what enlightened African government can achieve. Let us hope that Southern Sudan follows in their footsteps.

Cold-blooded college say no to lizard

A student’s guide to stargazing: December 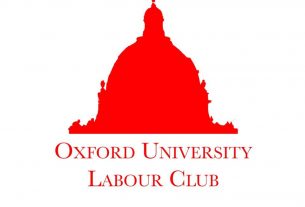