I could have sworn that I was watching a Top Man commercial. All the hallmarks were there – perfectly set hair, designer stubble, sharp clothes juxtaposed to ironic “rockstar swagger”. In fact, I’m still a little gobsmacked that it really was a music video. Having just watched Kids in Glass Houses video for recent single “Matters at All” (lifted from last year’s album Dirt) I started to notice it everywhere. Young Guns are practically building a career around it. When the hell did rock bands dress this well?! It’s a blurring of the line between style change and selling out.

Although I was barely born when it happened, there was a time when one of the highest profile rock-acts in the world was called out for simply writing something with appeal. Metallica’s Black Album is legendary both for its anthems and the controversy surrounding its release. Legions of long-haired die-hards tore the posters from their walls at the sound of an album deemed “sell out” – yet still undeniably heavy by most standards.

If anyone reading this knows the difference between a thrash riff and the chunky, slower guitars of ‘Enter Sandman’, then I salute you; but to a wider audience heavy is heavy. This subtle style change was not prompted by a desire to grab more cash or gain more fame: it was a legitimate ‘artistic choice’. If anything, these truly were the songs Metallica felt born to write and their most complete achievement.

It’s funny to think that twenty years ago such minor changes to the sound of an established artist caused such an out roar, when today we barely shrug our shoulders at the incredible synergy between commercialism and popular music. The modelling career of that guy from One Night Only as the face of Burbury is accepted almost unflinchingly. Although you could argue he isn’t doing it to sell records, and that the music is kept separate, you can’t help but feel that the band are being turned into a tool for delivering a lifestyle.

Maybe I’m judging us too harshly. Anyone would agree that Duffy riding a bicycle for Pepsi was a low Point in her career. Weirdly, I think I’m condoning the use of the term “sell out.” Perhaps a modifier is necessary. Instead of levelling the term at bands changing their sound legitimately (and by that I mean for artistic or in extreme cases financial reasons), we should instead level it at the blatant mixing of pop and rock artists with advertising. Surely it’s nothing but musical product placement? 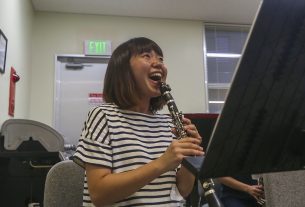 Hardly fleshed out: The Merchant of Venice