Government plans to restrict visas for international students pose a major threat to university finances, according to some higher education think tanks.

The proposals to cut the number of visas granted to overseas students have been met with opposition by the Institute of Public Policy Research (IPPR) and the Higher Education Policy Institute (HEPI), which fear that universities will lose out in a way that they cannot afford.

In a report examining the implications for higher education recruitment if the new procedures are put into practice, Professor Edward Acton of HEPI said the scheme would cause “singularly ill-timed damage to university cities and regional economies”.

The initiative would see the introduction of higher requirements in English fluency as well as tightening access to the UK for students’ families.
Adding to these complaints against the government plans are accusations that the statistics used to justify the changes are unreliable.

“The worst aspect is that both reports show that cutting students won’t necessarily achieve the Government’s objective on net migration anyway, so the policy could fail and yet do significant damage to a vital sector”, said Tony Millns, Chief Executive of the language teaching association, English UK.
The visa changes are intended to reduce unlawful immigration, employment and terrorism by making entry to the UK a far more selective process.

According to Sarah Mulley, Associate Director for Migration, Trade and Development at the IPPR, the proposed visa changes will also have negative effects on the UK economy.

She warned of the danger the changes would have “to the education sector, and the wider British economy, all in pursuit of an artificial migration target”.
The HEPI report on the possible effects of the changes provides evidence that international students bring a massive growth in capital to their host country.
In London alone, the report cites an estimated off-campus expenditure of £584 million each year by foreign students.

In Oxford, a reduction of this income could have major repercussions for the area and for businesses- such as language schools- whose livelihoods depend on offering services to foreign students.Steve Hirschhorn, principle of the Eckersley Oxford language training school, highlighted the further impact that the overhaul in visa regulations could have on the community: “A lot of people in Oxford rely on host family income to pay off their mortgages.” 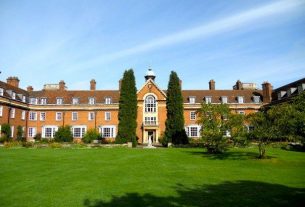 The Malcontent on: The End of the World

The Dawn Re-Treader: Narnia’s magic beginning to wear off