There’s nothing worse than waking up to rediscover your typo-ridden, cringe worthy updates of last night’s party on Facebook. Fortunately, one former Pembroke student has created a solution to such woes, in the form of a discreet iPhone app.

22-Seeds, the company behind the app, claim that iPhone users are 27% more likely to post humiliating Facebook updates than their computer-bound counterparts.

Cowan, who graduated from Oxford in 2000, explained his inspiration for the app: “I was on a diving trip in Indonesia, checking my Facebook – and was shocked to see a photo posted which I thought would never see the light of day. I then spent the evening reliving the stories of my time at Oxford.”

Amy Watson, a 1st year Biology student, was somewhat underwhelmed by the product: “I think it’s a pretty clever app to have, albeit a little bit uptight. The price is perhaps a little too much for something you could do manually. Then again, if you’re an insufferable waster then you may well be insufferably lazy. I suppose it would be very useful for multiple extreme frapes.”

Cowan responded: “We won’t be able to detect fraping per se, but if a user finds their account has been accessed or leaves their phone around and a friend pulls some kind of prank, our app can definitely help with damage control.”

In conversation with Alexandra Shulman: 25 years as Vogue’s Editor-in-Chief 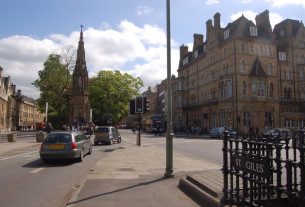