Are you the type of person who likes watching vulnerable young women making indecently intense eye contact with two sexually unthreatening love interests with varying degrees of ‘danger’ about them? Do you like adequately written, cliché ridden, pout-porn? Then you probably like Twilight. But do you also like your romantic fantasy films to include a healthy dose of wooden houses, wooden acting, elephant-shaped torture devices and more red herring plot devices than you can shake ye olde staff at? Then you are in the right place. Red Riding Hood isn’t just a stop gap until Breaking Dawn is released, it is Twilight-lite in the most derivative, unimaginative way possible. As you may have guessed by this point I didn’t much care for it and I’m about to tell you in no uncertain terms why.

So let’s get the plot out of the way. Wide eyed Valerie (later to don some red hooded outerwear) has always been in love with the bad-boy local woodcutter Peter. She somewhat tragically, however, seems doomed by arranged means to marry the local blacksmith’s lacklustre but likable son, Henry. They all live in the rent-a-name village of Daggerhorn and, all in all, it’s a little tense. This is made all the worse when one night Valerie’s sister is, to all intents and purposes, scratched to death by a werewolf.  Add to this that the werewolf could be any member of their tiny little community and we have a film on our hands. Enter priest and werewolf hunter Father Solomon, and we’ve got a bit of a maniac as well.

The casting, whilst on paper promising, fails to really deliver. Amanda Seyfried in moody moon-face mode as Valerie, all eyes and lips, is cast perfectly but has little to work with. She, whether she wanted to or not, ends up playing it fairytale straight in what I think is a missed opportunity. Gary Oldman as the crazed werewolf hunter, Father Solomon, is also perfectly cast. After a few quieter roles in recent times one could easily have expected, and indeed hoped, that he would use this opportunity to ham it up like Nicholas Cage in a piggery, but whilst he gives it a good go, he fails to recall his ‘maximum-Oldman’ heyday of the 1990s. In other news, the utterly predictable guy-off is won by Shiloh Fernandez as Peter, who delivers a solidly brooding perpetual glower, whilst on the other hand Max Irons as Henry ineptly bumbles through a somewhat amateurish performance; a performance seemingly entirely composed of moping around whilst wearing the pained expression of a claustrophobe in a suitcase. No one really makes an impact, not even Julie Christie as the obligatory grandmother, but I can’t help but feel that this is due in no small part to what they actually have to say and do.

From “That is not a werewolf, that is a common grey wolf!” to Father Solomon’s almost-catchphrase of “lock him in the elephant!”, David Leslie Johnson’s screenplay is full of unintentionally hilarious tosh that could have done with a script editor going at it with a chainsaw. That said, it does have a few fleeting moments when it isn’t entirely terrible with the ‘it could be any one of us’ werewolf witch-hunt standing out as almost entirely adequate. On the surface of it, there would seem to be some potential for campy fun along the way but the oh-so-serious tone of proceedings deals swiftly with that. Humourless, strangely impotent and, in the words of the Mighty Boosh, about as edgy as a satsuma. It could have and should have been so much better.

Director Hardwicke (who unsurprisingly also directed the first Twilight film) is obviously trying to deliver a subverted fairytale, but does so with all the dynamism that one would expect from a shoe-horned werewolf-conscious cash-in. What should have been some weighty sexual subtext manifests itself primarily through breathy, hay-burn inducing rolling around. What should have been edgy and modern is strangely traditional in both appearance and delivery. It’s all very 12A friendly fare and startlingly hollow for it. Red Riding Hood shouldn’t have merely been a poorly written Twilight clone in a cloak but something altogether darker.

In its initial marketing the film showed some promise. The posters portrayed an art style that was dark and stylised. In them Amanda Seyfried, the unassuming heroine, strides lonely through a claustrophobic and dangerous snowy forest, the colours muted in high contrast to the saturated, garish red of her cloak and the bright white of the snow. They showed the finished product’s potential if only it had been a more daring, graphic novel inspired and above all adult ‘reimagining’ (usually a tedious catch all term for cashing in on an already established IP but one that would have seemed very appropriate in this case). What we got, however, was a neutered love story set against a neutered vision of medieval country living staring the neutered charms of a potentially neutered CGI werewolf. Red Riding Hood, like many films before it, seems to have gotten lost in between the realms of adult and child-friendly. It’s almost like Catherine Hardwicke took it down the local vets and had the films knackers done and I feel compelled to say that the results are not pretty in the slightest. 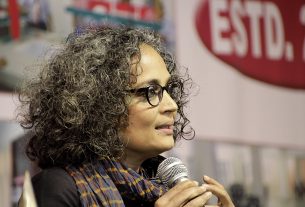