If the Super Bowl is the greatest show on Earth, then the NFL Draft is the greatest casting call. Last week saw the 76th edition of the offseason showpiece, a bizarre mix of sporting anorakism and American primetime glamour, where the year’s incoming batch of ‘rookie’ hopefuls from the college system are selected by the 32 professional teams in turn. In the process, dreams come true, millionaires are made overnight, and grown men weep as they have the misfortune to be drafted by the Cleveland Browns.

The Draft can be confusing. Most striking about the system for outside observers is that the teams who have performed worse over the previous season are given first dibs on the most talented players, with the Super Bowl champions picking last. Thus the greatest resources are given to those most in need, a strongly socialist means of distribution ironically televised on Fox. This lies in stark contrast to the free market nature of football, for instance, where the biggest clubs hoover up the brightest talent to maintain their superiority. In tandem with the NFL’s strict salary cap, this creates the most unpredictable tournament perhaps anywhere in the world. The players themselves are subject to months of close scrutiny by teams and the fans, as in a system where player movement is restricted the Draft is the most important opportunity to recruit new talent. In the lead up to the event, pundits and fans project their own mock drafts, and obsess over how high a 22-stone man can standing jump.

The Draft this year, however, has been conducted within the background of a league ‘lockout’, which has been on and off for several months. The owners of the 32 franchises have imposed a ban on any football being played, including the use of team training facilities, or contracts signed until they reach an agreement with the players’ union over the sides’ respective shares of the 9 billion dollars that the NFL generates. The American National Hockey League wrote off an entire season in 2004 as a result of a similar lockout, and there is growing concern that the 2011-2012 NFL season might suffer the same fate, after the lockout was reinstated on appeal midway through the Draft on Saturday following a brief lifting.

The show went on, however, at the Radio City Music Hall in New York City, despite pantomime booing of the NFL Commissioner and Draft compere Roger Goodell. Millions of viewers saw Cam Newton drafted as the first overall pick by the Carolina Panthers. One of the most physically gifted rookie quarterbacks in recent years, the 6 foot 5 Newton has pace and strength, as well as a huge arm. There remain plenty of question marks, however, about the former Auburn University quarterback’s temperament and ability to direct games from the pocket behind his offensive line. The first round saw four passers drafted in total, with franchise owners anxious to establish a ‘franchise QB’ as the foundation for their teams. While the Jacksonville Jaguars did a good job in securing the much-hyped and great-named Blaine Gabbert at the position, the Tennesse Titans and Minnesota Vikings’ selections of Jake Locker and Christian Ponder left their fans with much to … think about. Elsewhere, there was a strong focus on the big boys needed to protect or disrupt such players, with the Denver Broncos picking up the promising linebacker Von Miller with the second pick and the Buffalo Bills selecting defensive tackle Marcell Dareus with the third.

While the lockout means none of these players can train or sign at the moment, or even be sure that they will play next season at all, the NFL Draft has lost none of its glitz and drama, and it remains a unique event in the sporting calendar that must be seen to be believed.

Do you miss you friends, Fernando? 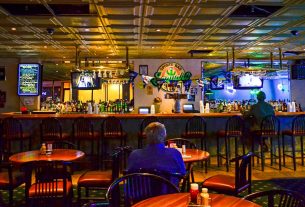 Where to Watch the Big Match