Comedian Eddie Izzard took to the streets of Oxford with a megaphone on Tuesday, hoping to secure victory for the Yes to AV campaign.

Surrounded by a crowd of canvassers and television cameras he shouted the merits of AV to students and baffled tourists enjoying the afternoon sunshine as part of a four day tour across the country.

The original plan had been to cycle through the city centre but was thwarted by the fact that Cornmarket Street is pedestrianised during the day. Asked whether he was disappointed about this, Mr Izzard commented that he “would have loved to do my bicycle ride” but his tour slowing to walking pace did not seem to dent his enthusiasm. On Broad Street he paused to talk briefly to a Big Issue seller, who described him as a “gentleman”.

Mr Izzard said the AV system was as “easy as 1,2,3” and claimed it “will end tactical voting”. However, he did concede that the proposal was “not perfect” and declined to give a clear answer on whether he would prefer proportional representation.

He described the No Campaign as “the Dementors from Harry Potter” who are “99 percent funded by the Tory Party” and despite recent opinion polls showing a lead of at least 10 percent for No, Izzard remained optimistic about the chances of a Yes result.

A Biology second year commented that “events like this are great for raising awareness and that has to be a good thing”.

One Balliol student however was more critical: “This is a publicity stunt by someone who clearly doesn’t understand the issue.”

Eddie Izzard has been named “the lost Python” by John Cleese and in recent years has been an activist for various causes and the Labour Party.

Quoth the Master: Don’t Bank on it 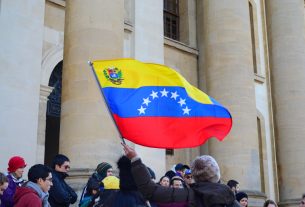