University tutors and OUSU have spoken out against government plans to allow rich students to pay higher tuition fees to gain places at their first choice university.

Speakers condemned the new proposals at a Congregation meeting on Tuesday.

Senior academic and administrative staff from across the University gathered at the Sheldonian Theatre to discuss access and funding issues.

Currently, universities have a quota for the number of domestic students they can accept each year. However, new plans announced by Universities Secretary David Willetts in remarks to The Guardian would allow universities to offer ‘off-quota’ places to those who could afford to pay for the privilege.

OUSU Vice-President for Access and Academic Affairs Alex Bulfin said he must have been “labouring under a false pretension that our aim was to seek out the most able students”, and wryly tore into the plans, saying: “Mr Willetts has hit upon the truth. World class education should not be for the most able but those who are able to pay through the nose for it”.

Bulfin called the plans “nothing short of a slap in the face for everything we stand for”.

Describing the scheme as nothing more than a “formal back door route for students of the wealthiest backgrounds”, the OUSU VP concluded: “We can have no confidence in Vince Cable and David Willetts. It is clear we can no longer rely on the government’s help.”

Students who gain places under the scheme would be ineligible for government support for tuition fees and living expenses, and would pay the same fees as international students.

International fees at Oxford stand at £14,450 for subjects such as Engineering and Medicine and £12,700 for subjects such as History and PPE, although the actual figure paid is often much higher after College Fees are included. This fee is waived for subsidised students. Home/EU fees are capped at £3,375 across all subjects but are set to rise to £9,000 in 2012.

OUSU President, David Barclay, urged members of the University to “wake up, look around and get nervous” about the state of higher education in general.

During the meeting, Andrew Hood, JCR President at New College, called for a vote of no confidence in the Universities Minister. He said that if people do not act now: “we will pass the point of no return. Oxford education will be up for sale”.

Tutors have also hit back at the proposals. Stuart Wye, a politics tutor at Jesus College, supported Hood’s call for a vote of no confidence. Karma Nabulsi, Tutorial Fellow of Politics at Teddy Hall, told Congregation that the government’s plans would engender “divisions between rich people who can buy their Oxford education and those who cannot.”

Kate Tunstall, a tutor at Worcester College, said that existing access schemes “are a gift from a few gifted, poor students to a whole host of rich students who get to come to Oxford ‘off-quota’…[so] the government can look like it cares.”

Rowan Tomlinson, a French tutor at New College, called on her fellow tutors to unite against the proposals and “not be reassured this is just an idea”.
Dr Tomlinson expressed her “anger” at the “astonishing lack of thought” evident in the plans, which she said attempt to justify helping the very wealthy by claiming to help fund the “conscience-soothing scholarships” which allow the poorest students to come to Oxford.

Pro Vice-Chancellor for Personnel and Equality, Sally Mapstone, said the proposal was symptomatic of the “paradox of the current political situation”. She said the government is urging the University to promote access while organising funding arrangements to make it increasingly difficult for this to be brought about.

Willets told The Guardian “I start from the view that an increase in the total number of higher education places could aid social mobility”.

A spokesperson for Willets said: “we will only consider allowing off-quota places where it contributes to the coalition commitment to improve social mobility and increase fair access.”

However, Alex Bulfin said: “Any pretension about caring about social mobility is nothing more than lip service”

Mapstone, in her summation of the meeting’s proceedings, said that the University would have to “wait and see” if the proposal made it into the white paper, but said that if the plans came into force they “would run quite counter to… what lies at the heart of our academic ethos”.

Following such strong expressions of condemnation from Oxford and universities across the country, the Prime Minister and Deputy Prime Minister have backtracked on the initial proposals; David Cameron announced that there would be “no question” of the rich being able to buy their way into universities.

However, the scheme has not been abandoned entirely; the Prime Minister stood by the idea that companies and charities should be able to fund places at universities off-quota.

Some students fear that this may still leave the system open to abuse. One first year student said: “it is all too easy for the well-off to get round such a system. People start up fake companies for a variety of purposes all the time, what is going to stop them doing so for this purpose too?”

It’s not just about the University; how cuts will hit Oxford town too 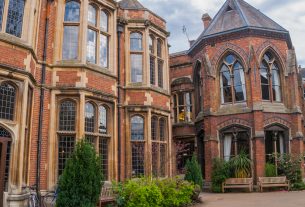