He may not play like it, but Xavi Hernandez is starting to grow old. He’s certainly starting to feel it: the injury-induced absences from the heart of Barcelona’s midfield have become a far more regular occurrence this season as the effects of last year’s World Cup and Barcelona’s thin squad have begun to take their toll on the 31-year-old. A long-term replacement will be needed sooner or later, and who Guardiola (or indeed someone else) chooses to replace him with is possibly one of the most interesting current issues in football.

Cesc Fabregas seems to be the obvious replacement. He is Spanish, brilliant, and possesses the kind of adoration for Barcelona that could only be generated by a player’s childhood club.

But for all his brilliance, Fabregas is hardly a player in the Xavi mould. Gone are his mercurial performances as a deep-lying central midfielder. From the start of the 2008-9 season Arsene Wenger has sought to mould Fabregas into a more recognisable attacking midfield player, deploying him behind the central striker in between opposition lines of defence and midfield.

With his new position came a new style. The focus on possession and patience ingrained in him throughout his years at Barcelona’s La Masia academy gave way to far more direct game, favouring the pursuit of high-risk passes and shots from distance. In truth, the results have been remarkable: 19 goals and 19 assists prior to injury last season with a further 9 and 17 (respectively) coming this year despite recurring absences. His eye for the killer pass and efficiency in front of goal arguably place him above Xavi and Iniesta in terms of value added to a team’s attack.

But while his stylistic changes have made him a more influential player (and certainly a more highly valued one) they’ve also reduced his suitability for a move to Catalunia. Barcelona’s midfield at present is almost perfectly balanced. All three of Busquets, Xavi, and Iniesta are tactically astute, share the same agonising degree of patience, and couple a breathtaking degree of spatial awareness with an ease on the ball that seems almost superhuman.

Fabregas’ pursuit of Hollywood-style passes and flicks have seen him become more stylistically similar to Wesley Sneijder than Xavi, sharing profligacy in possession and a directness hardly befitting the traditions of La Masia. This season, his 81% average pass completion is only marginally ahead of Luis Nani’s and considerably lower than Rafael van der Vaart’s.

This is something that Spain coach Vicente del Bosque appears to have noticed too, persistently omitting the Arsenal playmaker from the Spanish starting eleven.

So if not Fabregas, who? Well, when Pep Guardiola chided Arsenal fans back in April about his B side being littered with players possessing the quality and class of Jack Wilshere, he may not have been far wrong. Currently, they lie 4th in the Spanish Segunda having scored the second-highest number of goals and the highest number of away goals. Amongst the B team’s ranks is 20-year-old Thiago Alcantara, the latest midfield prodigy off the La Masia conveyor belt and a player with the promise of full promotion to the A team as of June 2011.

To replace Xavi, Barcelona will do well to find a player more able to perform his crucial role than Thiago. His resemblance to the great man extends beyond a diminutive stature and an ever-so-slightly overt self-satisfaction. Hosting Villarreal recently, Thiago’s performance for the Barcelona first team was right out of the Xavi textbook. From the first whistle, the ball was consistently fizzed into his feet; the resulting touch tailored perfectly to the extent of the pressure surrounding him, his short passing was crisp and accurate, and, when given the chance, he sprayed the ball from the centre to his overlapping full-backs in the same minimalistically clipped manner as the man he was standing in for.

Barcelona’s staggering success in recent years has been predicated on a philosophy that runs deep within the club. Of what can be recognised as their preferred starting XI, eight have come through La Masia and bring everything they were taught there onto the pitch every time they play. Sticking to this philosophy of possession and patience is what will allow them to sustain their spell at the pinnacle of club football, and with that in mind it would seem far more appropriate to call on Thiago rather Fabregas when the time comes to replace Xavi.

Let’s Kick Homophobia Out of Football 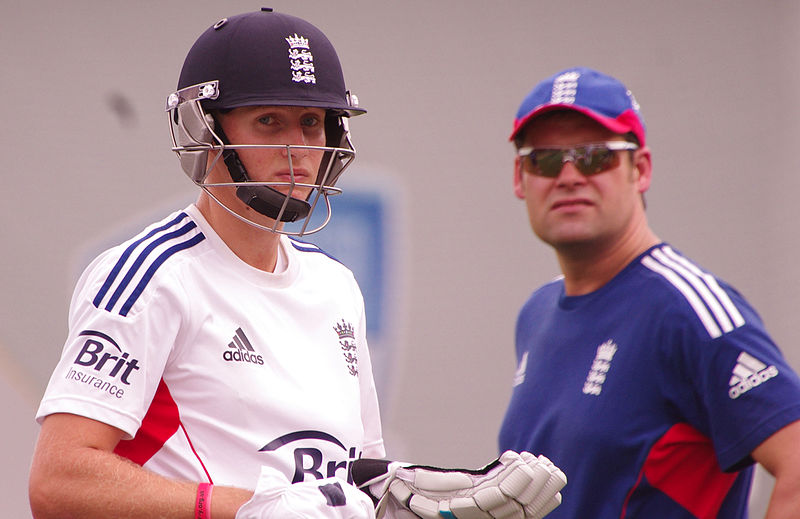