A fellow  at Oriel has spoken out against University proposals claiming the adoption of a retirement age of 67 for academic staff could promote diversity.

The criticism, written by Professor Gonzales Rodriguez-Pereya for Oxford Magazine, states: “There is no reason why a university should be diverse in the sense of representing in its academic work-force different sex and race groups.”

Rodriguez-Pereya’s remarks come following consultations by the University Personnel Department on the adoption of an Employer Justified Retirement Age (EJRA), under which academic and academic-related staff could be asked to retire at the age of 67. The proposals are a response to a Government initiative to abolish the current retirement age of 65 in October 2011.

A report published by the Personnel Department states that part of the justification for introducing an EJRA is the promotion of “equality and diversity, noting that the equality impact of abolishing the DRA (Default Retirement Age) would likely be to maintain the current situation in which the proportion of older academics and senior academic-related staff who are male and white is greater than amongst newer recruits.”

The article goes on to compare the values guiding an academic work-force to those that guide football recruitment, commenting: “No one in his sane mind would argue that a football team should promote diversity by choosing players from different races.

“It is clear that would be a silly thing to do, since the point of a football team is to beat other teams, and being racially diverse (or racially homogenous for that matter) does not increase the chances of beating other teams.”

A spokesperson for the University said: ‘The University is currently in the process of a wide-ranging consultation on retirement…. At this stage no final decisions have been made.”

Leaked documents reveal OUCA as “corrupt from top to bottom” 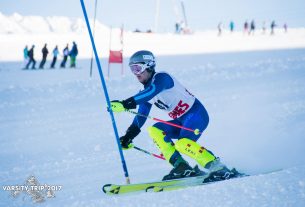