‘Survival Sunday’, as Sky billed the final day of the 2010-2011 Premier League season, proved to be a prophetic title in more ways than one. Having escaped almost certain destruction less than a day earlier it may have appeared to Harold Camping, as his personal jet was forced to hotfoot it to Hawaii rather than the plains of eternal salvation, that the “rapture” had indeed struck across the Atlantic. Fans all over the country whispered prayers and sunk to their knees in desperation, or instead shouted abuse at a lazy winger failing to track the full back, all for the right to sing the most cherished words in English football: ‘We Are Premier League…’

Rarely does the superlative-filled build up to ‘Super Sunday’, or whatever word Jeff and the team pluck from Microsoft Word’s vast bank of synonyms for ‘good’, manage to fulfil the hype; the apathetic turnout for Match of the Day in the Balliol TV room would suggest so. But in reality fans had simply retreated to their rooms in exhaustion after, with eyes diverted from an eventless top four, the teams scrapping for survival and desperate to avoid the estimated £40 million shortfall lurking through the Championship trap door managed to spectacularly meet the quota of thrills, frantic calculations and middle aged men sobbing into their replica shirts. Once the drama had played out and fingernails were all but gone Wolves survived by the skin of their teeth and all 10 of Wigan’s supporters were elated with their survival, while Blackpool and Birmingham joined the hapless West Ham in slumping into the second tier of English football. Of the three, Blackpool return after a fairy-tale season that even in relegation defied all the odds. ­

The Tangerines game against champions Manchester United exemplified what the Premier League has lost; entertainment in abundance, and a determination to enjoy their time in the spotlight. With 55 goals Blackpool are the highest scoring team to ever be relegated from the Premiership and their haul of 39 points would have been enough to secure safety in each of the last 7 seasons. But underneath all the statistics a special mention, a Premiership obituary, has to be reserved for manager of the year Ian Holloway; a man who has battled with the English language as well as the seemingly impossible task of keeping a side of Blackpool’s limited resources in the Premier League. Press conferences in which elaborate metaphors have compared himself to characters like Crocodile Dundee may have amused and bemused journalists and fans in equal measure but are nothing compared to the amazement at how he managed to convince players like Gary Taylor-Fletcher and David Vaughan that they are of Premiership quality. So much so that with Euro 2012 round the corner, DJ Campbell has announced highly questionable international aspirations that are unlikely to survive in the Championship, especially with Grant Holt set to storm England’s top tier. The Premiership will certainly mourn the loss of Holloway more than the dour Ancelotti who after less than two seasons with Chelsea will pout and shrug all the way down the Fulham road, and if Abramovich is in the market for a constantly jilted and entertaining West-country bumpkin prone to bouts of inspired fiction, the league would be better for it.

Along with Blackpool and West Ham, Birmingham City, suffering from one of the longest cup hangovers in history, failed to secure a third consecutive season in the Premiership. Their final day meeting with Tottenham could have been very different had fifth place not still been in the balance with Spurs overcoming Liverpool on the road in their penultimate game; as it was a brace from Pavlyuchenko, who in different circumstances would probably have spent the afternoon ambling lazily round the centre circle, secured European football for Tottenham and doomed the Blues to a summer of uncertainty. A side that have been over-reliant on the left foot of Craig Gardener looks set for a torrid time in the Championship with a bloated wage bill and few marketable assets; although Ben Foster and Roger Johnson could attract big money moves. Birmingham must be careful to avoid the path treaded by Leeds and Southampton in previous years, but whilst the future remains uncertain this season will not be remembered for relegation but for one glorious day under the Wembley arch, an inspired performance full of a desire that was conspicuously absent from their relegation battle.

For the newly departed, there appears to be no salvation from the hell that looms in front of them… the Championship. Ultimately, after surviving eternal damnation on Saturday the Championship cannot appear quite so timeless or painful to Alex McLeish, Ian Holloway and co., who would do well to appreciate that at the end of the day, relegation is not the end of the world.

County Championship team of the season 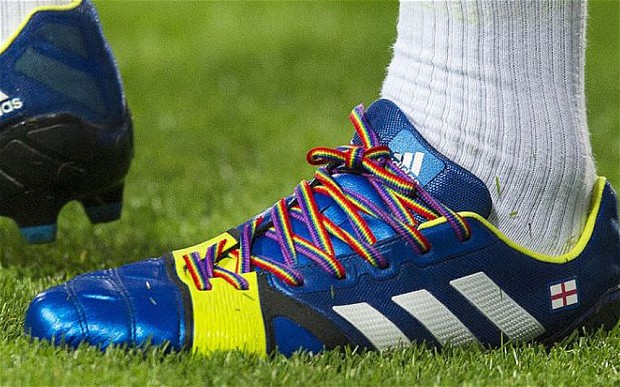 Rainbow Laces campaign: We can change the game