Oxford could be one of the few UK universities offering only traditional degrees from next year, if it does not join a new system of degree classification to be rolled out across the country.

Professor Sir Robert Burgess, Vice-Chancellor of Leicester University and chief author of a report named ‘Beyond the honours degree classification’, said the new Higher Education Achievement Report (HEAR) will be proposed to universities nationwide from October 2012. This follows trials this year at over 27 universities, including Bristol and St Andrew’s. It will be offered parallel to the existing system, but Burgess, who is also Chairman of UCAS, told The Guardian that he hoped it would eventually replace the current “crude classification system”.

The HEAR gives more information about a student’s achievements than the traditional First, Upper and Lower Second and Third class honours. It includes details of individual module scores, projects, dissertations and extra-curricular activities, and is intended to help those who do not show their best ability in exams.

In response to Burgess’s claim that all universities will be asked to offer the new Report, the University added the HEAR “contains elements that might be supported at Oxford” but only “as a supplement to the existing arrangements”.

The Association of Graduate Recruiters (AGR) supports the changes. Its manifesto states that employers look for employability skills as well as academic achievements and that the current classifications “fail to give a full picture of a student’s achievements and experiences”. Chief executive Carl Gilleard, told a Business, Innovation and Skills department committee last month: “HEARs will help employers to make a more informed judgment about a graduate’s overall performance. To think that three years of higher education can be reflected in a set of letters after a name in a system that was created 200 or 300 years ago is not good enough for me.

A recent AGR survey also found that 78 percent of graduate employers were automatically filtering out all applicants with a 2:2 or worse.

Aaron Porter, then Vice-President of the NUS, in 2008 described the current system as “no longer fit for purpose; students deserve a more detailed acknowledgement of their overall achievement from their time in higher education. The NUS welcomes the HEAR trial.”

Not all recruiters fully support the HEAR. Sonja Stockton, Director of Talent and Recruitment at PricewaterhouseCoopers, said: “The Burgess report is very interesting. When people apply with us we look for the exam grades, and filter out those below a 2:1. But we already place tremendous value on how the candidate can reflect on and articulate their other experiences. A list of extra-curricular achievements is not useful in itself. In the professional world it’s also important that graduates are good at timed exams and I hope the HEAR isn’t a cop out.”

The government is already planning to launch a “Log of Professional Readiness” by the end of this month, which Stockton described as “one hand not knowing what the other is doing”. The Log, developed by the Professional and Business Services Group (PBSG) and in the government’s ‘Plan for Growth’ document, will provide an official base for graduates and school pupils to record “positions of responsibility and leadership” and “extra-curricular investment in employability”. It would run alongside the current honours classification and is not viewed as a potential replacement.

Hugo Wallis, a first year PPE student from Somerville College worried that the HEAR would make “the student experience like an extended job interview”. He said: “The current system, which is admittedly a pretty blunt instrument, allows students to pursue their interests at university without always thinking about the job market.”

Galloway should know we won’t be patronised so easily 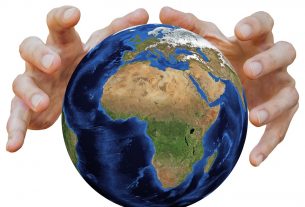