Skip to content
Alex Moss
A 25-year-old former soldier has been sentenced to 26 months in prison after stabbing a teenager outside popular student nightclub Babylove.

The incident, which took place in October last year, followed a large fight in the early hours of a Sunday. The victim, aged 16, was stabbed 12 times by Mahesh Bennet, who wielded a pair of scissors after an estimated twenty people became involved in the confrontation.

Bennet, who is a former member of the Royal Logistic Corps, has three former convictions for battery and admitted having brandished a knife in a previous incident.

The victim, whose wounds were not life threatening, phoned his mother to say: “You need to get to the hospital, as I’m going to die” according to the Oxford Mail.

The incident is reported to have started in Baby Love nightclub, before spilling out onto King Edward Street, where the victim, unnamed, was stabbed. 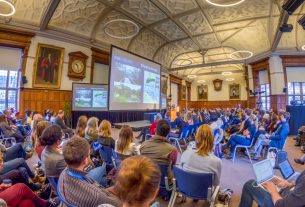