Is the 10th of November free for you? If so, I’d like you to take a long, hard look in the mirror and look at the person who has not yet bought a Doom ticket.

At the time of writing, you – dear reader – could go online and spend the student loan you just received, or are about to receive, on one of the most, ahem, ‘interesting’ shows you’ll probably ever see. When my friend informed me that Doom was coming to Oxford, he told me that on occasions, the shows would either be watching Doom too stoned to operate an MPK, watching him send an imposter in his mask or watching him just be, well, great. I see it as my job to convince you that it’s worth getting a ticket just on the off chance it’s not totally awful – keep your mind open.

This article is really hard to write. Doom has eight albums (ignoring the nine albums of instrumentals), at least six different pseudonyms and forty-six different appearances on other tracks, made by everyone from Gorillaz (November Has Come) to basically any member of Wu Tang Clan (although crucially, not Method Man) – and yes, I literally just went onto Wikipedia and copied those stats off, because I am not going to listen to them all for this article. Let’s take this under a different context. Bieber or the Jonas Brothers? Bieber every time. You know why? You can tell Bieber is a good choice because he just loves music. I don’t like his music (…for the sake of argument), but I have watched videos of him and he is just unbelievable. He makes me feel totally useless. My point is that one of the symptoms of Bieber’s greatness is that he’ll just make music and make music and make music. He is an endless stream of collaborations, covers and albums. This is the same with Doom; I swear, even if you ignore all my suggestions and pick at random any of his albums, you’ll think “God this is great” and that’s a sign of a great musician.

On to what he actually is: I have never taken meaning or anything even close to that from Doom’s lyrics, they’re either stories that make no sense or talking about how much he hates MCs, but that’s irrelevant, his voice and style fits so well with the bizarre beats he uses that I regularly find myself turning on one of his albums and just sitting there, vexed. I’m doing it right now and it’s just inexplicable. Stupid skits and samples are littered through some of the best producing there is, with the cleverest nonsense on top of it. Doom fits in the incestuous faux-underground group of hip hop artists who are on Stone’s Throw recordings, collaborating on albums with Madlib (Madvillain [soon to release a new one of these]) , Dangermouse (The Mouse and the Mask) and doing various tracks with greats such as J Dilla. Essentially, you will be able to find enough stuff that has had Doom in or around it to keep you listening UNTIL the 10th of November.

I was introduced to Doom when a friend of mine recommended me the album Mouse and the Mask. This album is geek reference after geek reference, with appearances from Talib Kweli, Ghostface Killah and a very forgettable one from Cee-Lo Green, but the versatility can be seen in the difference from the aptly named Old School, which probably could be taken off a Gang Starr album, to so-downbeat-it’s-almost-trip-hop in Basket Case. It really has to be listened to to be believed. Doom is a piece of hip hop royalty, and that’s why I’m finding it so difficult to believe the show isn’t sold out yet.

I’ve assembled you lucky people a playlist of some of my favourites; all I’m asking is that you give that a listen. And then listen to an album (your choice which). Then buy a ticket. You may easily regret it, but just imagine what it would be like if you didn’t. 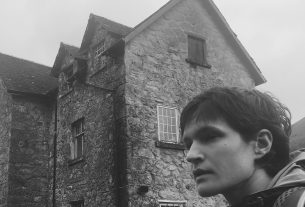 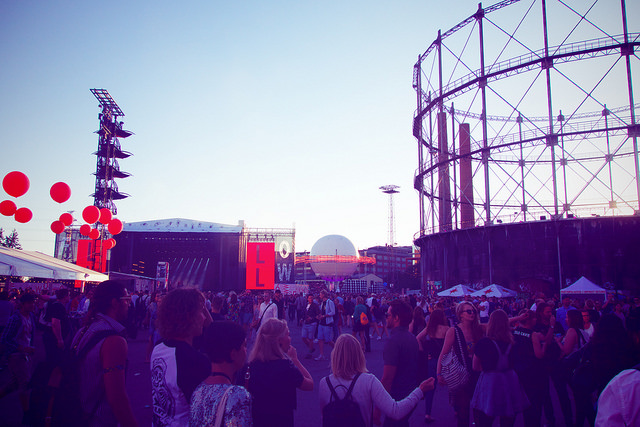 Get down to the Cellar in 9th Week