Something about their shiny new strings, the graphic t-shirts and the ambitiously open guitar case told me that the buskers playing a bar chorded version of “Valerie” on Turl Street were directing a feel-good movie starring themselves. I see it as a cross between Walk the Line and Superbad.

In their head the movie would open with a montage flicking between the three of them getting ready, and the news in the background would read something like “Government cuts hit angsty teenagers” as they find that there’s no granola left in the cereal cupboard. Undeterred, our heroes grab their acoustics and head off. With a knock of fists they meet at the Faringdon bus stop – a palpable sense of excitement and nervousness as they jovially discuss girls and school, next to all the squares with their suits and their blackberries. They’ll never get you guys, no matter how hard they try.

So they start setting up, pedestrians don’t even give them a second glance. They start to play, people start to notice, and it gets to the chorus. The scene changes to a sold-out Knebworth: thousands of angsty teenagers singing back at them, and a solitary tear rolling down the face of the frontman.

I normally don’t mind buskers: I accept their existence because I know some people don’t hate them, and because I’m a philanthropist. However, I have never seen a group that has so little interest in music as yours did. Your duet was less John and Paul, more John and Edward. You sounded like a boring teenage stereotype put into music.

Your mothers might tell you you’re great, but I’m willing to bet the guy with a guitar and mental problems outside Argos earns more busk-money than you. The truth is, you are incapable of originality, devoid of talent, and an unwanted distraction from life. If you’re reading this, I want you to know that when you stepped out onto the street and decided to play to me – you commissioned this article. You brought this on yourself.

Galloway has no Respect for Israel 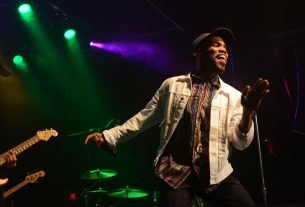 The Rise and Rise of Anderson .Paak