Most of us know that the most efficient way to kill any social event is to make sure it’s sufficiently over-hyped. As far as the title for ‘Most Laughably Over-Hyped Social Event’ goes, Freshers’ Week is reigning champion, standing proud at No.1, above New Year’s Eve, Glastonbury, and your birthday. So over-hyped, that it spends a large proportion of its time vomiting excess hype into its sink and cupboards.

The ‘OFFICIAL FRESHERS WEEK 2011’ Facebook group are calling it ‘HUGE’, the ‘craziest week in the world’, a week, indeed, of ‘mayhem’. Oxford students embrace the fact that for most (unless you want to go to a pyjama party in your JCR), Freshers’ week is mainly about getting off your face, but the association between getting unsociably drunk and being a little bit ‘wild’ escapes me.

Let’s not dress up what is essentially a week of poisoning your body, free of the inhibitions which under normal circumstances prevent you from making a twat of yourself in front of people you’ve just met. Besides, however you spend 0th week, you still won’t be immune from all the shit jokes about Oxford students drinking tea and living it up in the library. There’s no shame in accepting that our Freshers’ is ‘unique’. It might be just as sweaty, loud and awkward as elsewhere, but what other university would make you spend one of your first evenings in an ancient, candle-lit hall trying to explain the concept of a traffic light party to your tutor.

It wouldn’t be so bad if Freshers’ was really about establishing your new mates. But you’ll invariably end up thinking ‘what have I done?’, when you find yourself in the company of some saddo who’s taken it all as a transparent opportunity to re-invent themselves. This is just your year – you might even grow to like them – but the second year will not fail to be irritate the hell out of you by persistently sharking anyone remotely attractive, or by giving you with a nickname like ‘fat fresher’.

Of course, they don’t tell you this before you go as you’ve applied to a university which has a vendetta against fun. We believe the hype before we go, and that’s because it doesn’t actually matter whether you’ve enjoyed Freshers’ week or not, as long as you’ve pretended well enough. This is why we have Facebook. We spend September of year 13 looking wistfully at albums named ‘DOWN IT FREASHA’ , filled with pictures of people in the year above licking strangers’ faces in luminous fancy dress, and thus the cycle of over-hype is perpetuated.

Britain to look at implementing “fat-tax” 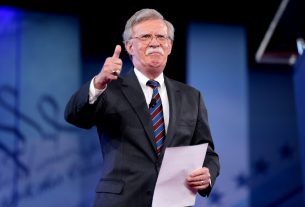